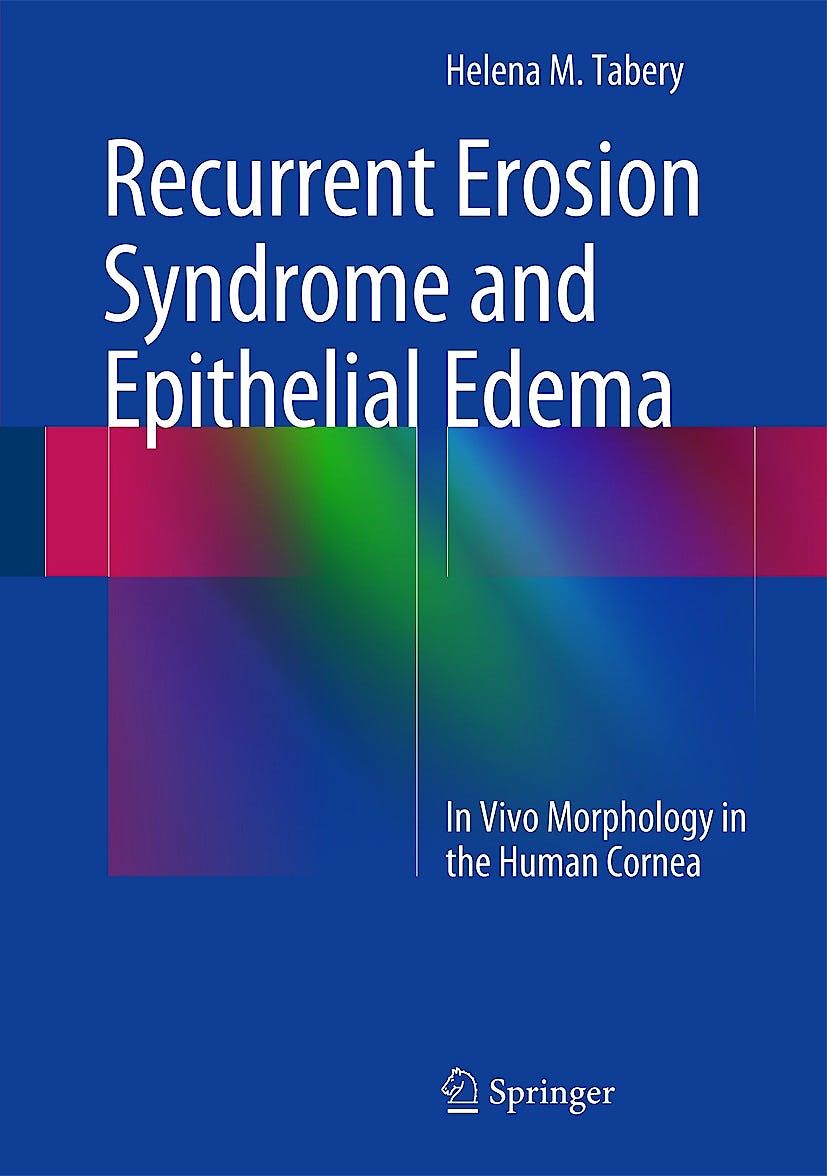 Recurrent Erosion Syndrome and Epithelial Edema. in Vivo Morphology in the Human Cornea

This book on the morphology of corneal surface changes in recurrent erosion syndrome and epithelial edema presents high-magnification images captured in vivo by the method of non-contact photomicrography.

Part I of the book, on recurrent erosion syndrome, displays images covering a broad spectrum of epithelial changes, including manifestations of the ongoing underlying pathological process and epithelial activity aimed at elimination of abnormal elements and repair. The dynamics of the interplay between these opposing forces are captured in sequential photographs that are invaluable for interpretation. Case reports illustrate typical features of the disease and document the variability of symptoms and findings in the same individual over time. Also included are images of the appearance and dynamics of corneal stromal infiltrates, a rare but potentially sight-threatening complication. Part II of the book demonstrates typical features of corneal epithelial edema and also covers the occasional contemporaneous occurrence, and dynamics, of various phenomena indistinguishable from those commonly seen in recurrent erosion syndrome. Again, informative case reports are included.

The in vivo images displayed in this book, obtained at a higher magnification than that used in standard photography, reveal additional details of epithelial changes. The presented morphology will facilitate understanding of clinical appearances and assist in differential diagnosis.