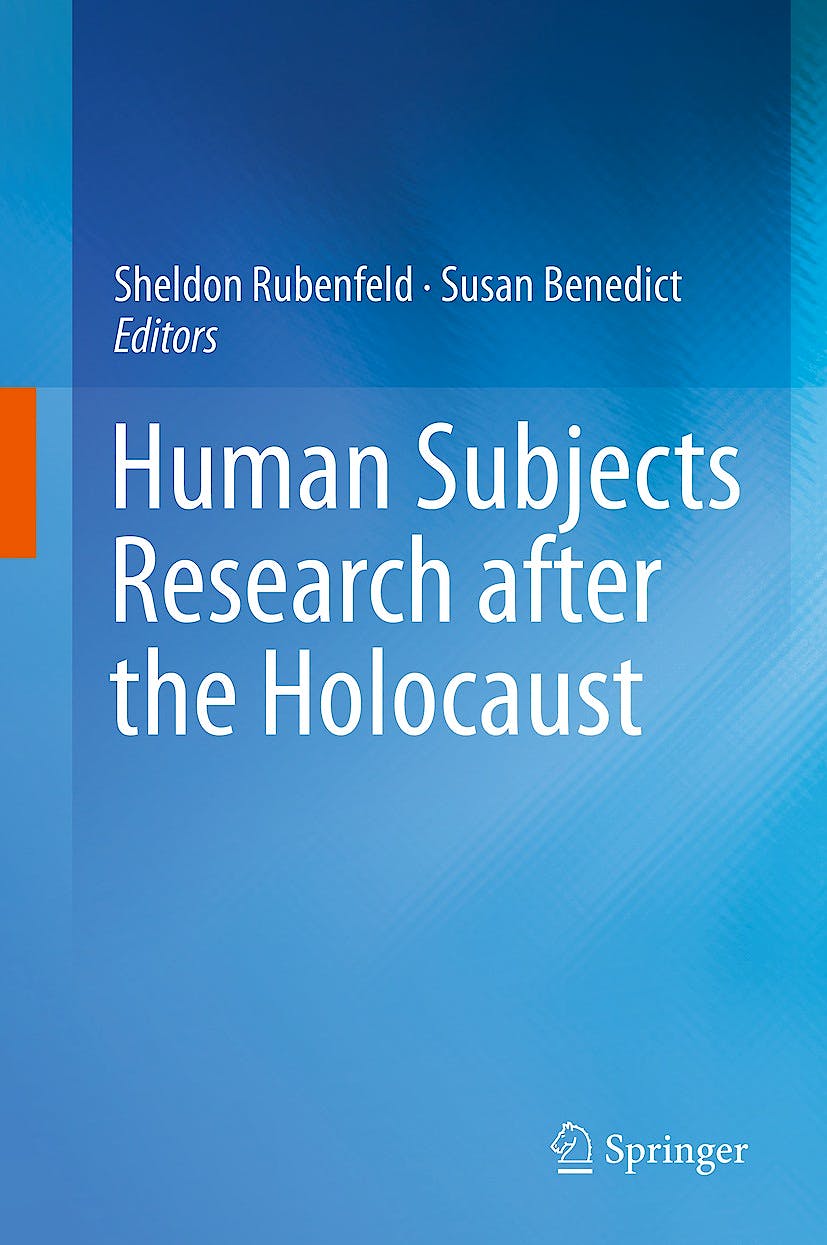 “An engaging, compelling and disturbing confrontation with evil …a book that will be transformative in its call for individual and collective moral responsibility." – Michael A. Grodin, M.D., Professor and Director, Project on Medicine and the Holocaust, Elie Wiesel Center for Judaic Studies, Boston University

Human Subjects Research after the Holocaust challenges you to confront the misguided medical ethics of the Third Reich personally, and to apply the lessons learned to contemporary human subjects research. While it is comforting to believe that Nazi physicians, nurses, and bioscientists were either incompetent, mad, or few in number, they were, in fact, the best in the world at the time, and the vast majority participated in the government program of “applied biology.” They were not coerced to behave as they did—they enthusiastically exploited widely accepted eugenic theories to design horrendous medical experiments, gas chambers and euthanasia programs, which ultimately led to mass murder in the concentration camps. Americans provided financial support for their research, modeled their medical education and research after the Germans, and continued to perform unethical human subjects research even after the Nuremberg Doctors’ Trial. The German Medical Association apologized in 2012 for the behavior of its physicians during the Third Reich. By examining the medical crimes of human subjects researchers during the Third Reich, you will naturally examine your own behavior and that of your colleagues, and perhaps ask yourself "If the best physicians and bioscientists of the early 20th century could do evil while believing they were doing good, can I be certain that I will never do the same?"

1. Introduction: How Did It Go So Wrong? by Sheldon Rubenfeld

3. Eugenics and Racial Hygiene: Applied Research Strategies before, during and after National Socialism by Hans-Walter Schmuhl

7. Nurses and Human Subjects Research during the Third Reich and Now by Susan Benedict and Cathy Rozmus

9. Abusive Medical Practices on “Euthanasia” Victims in Austria during and after World War II by Herwig Czech

10. Medical Research and National Socialist Euthanasia: Carl Schneider and the Heidelberg Research Children 1942 until 1945 by Gerrit Hohendorf and Maike Rotzoll

13. The Origins and Impact of the Nuremberg Doctors’ Trial by Howard Brody

14. In the Shadow of Nuremberg: Unlearned Lessons from the Medical Trial by Tom L. Beauchamp

15. The Ethics of Medical Experiments: Have We Learned the Lessons of Tuskegee and the Holocaust? by Patricia L. Starck and Doris S. Holeman

16. Human Subjects Research during and after the Holocaust: Typhus Vaccine Development and the Legacy of Gerhard Rose by Wendy Keitel

17. Ethics in Space Medicine: Holocaust Beginnings, the Present, and the Future by Neal Pellis

18. Reproduction Then and Now: Learning from the Past by Tessa Chelouche

20. The Psychophysiology of Attribution: Why Appreciative Respect Can Keep us Safe by Linda Emanuel

22. Teaching the Holocaust to Medical Students: A Reflection on Pedagogy and Medical Ethics by Joseph J. Fins

23. No Exceptions, No Excuses: A Testimonial by Mauro Ferrari