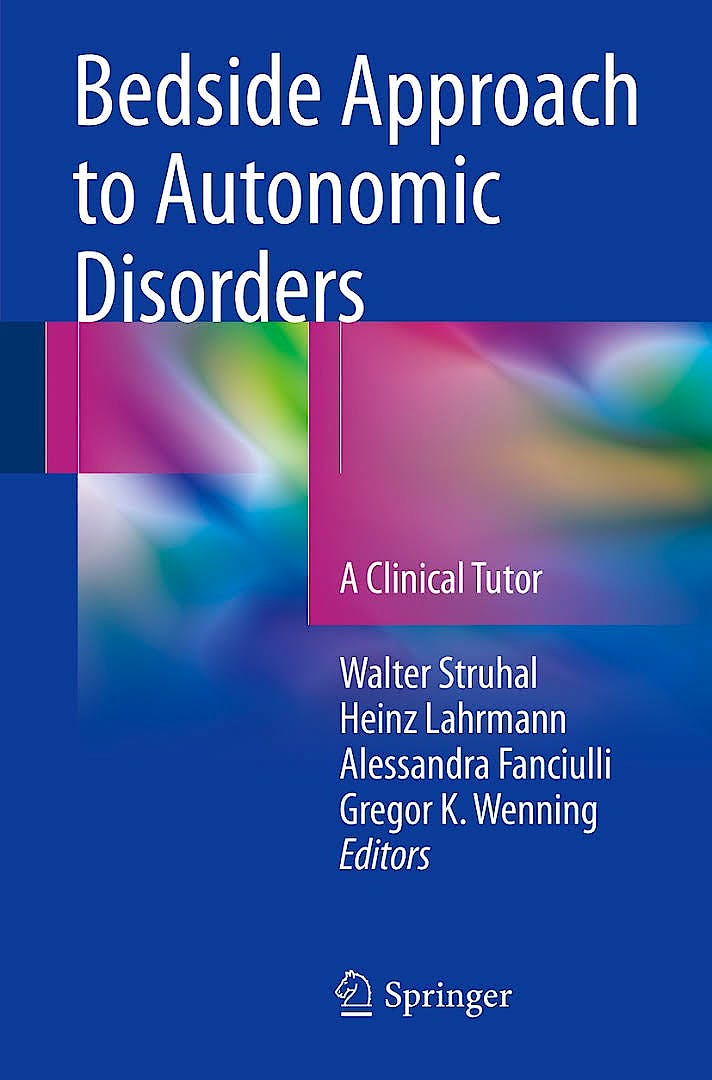 In contrast to the frequency of disorders of the autonomic nervous system, detailed knowledge on the diagnosis and treatment of ANS diseases is relatively scant among the majority of clinical specialists. Taking into account the prevalence of these disorders, good autonomic skills are mandatory to put patients on the right clinical track. This book serves as a guide for the everyday clinical management of ANS disorders from identifying key symptoms for autonomic involvement to comprehensive history taking. It helps determining the anatomic distribution of the disease as well as underlying autonomic syndromes and guides the reader towards transforming the clinical picture into a coherent explanation of the patient’s autonomic problem. In addition, the book provides guidelines for choosing appropriate autonomic and laboratory tests and developing appropriate non-pharmacological and pharmacological management strategies. With cases from clinical experience and a list of available online resources, this book will be a useful guide for trainees and young doctors interested in autonomic disorders from the fields of neurology, internal medicine, cardiology, diabetes and urology.

Prof. Dr. Walter Struhal is heading the Department of Neurology, Karl Landsteiner University of Health Sciences, Site Tulln. He specialised in Neurology and Neuro Intensive Care. His main scientific interest are the autonomic nervous system and neurodegenerative disorders, and employing new methods of autonomic research in patient centered supply. Another area of scientific interest is teaching and education research.

Professor Gregor K. Wenning graduated from Münster University in 1991. He trained in Neurology at the University Hospitals of Tübingen, London and Innsbruck. He started his scientific career at the Institute of Neurology in London where he performed a series of clinicopathological and experimental studies on multiple system atrophy (MSA). He received a PhD from the University of London in 1996. Since 1999 he has served as Consultant Neurologist and Assistant Professor at the Parkinson Centre of the Department of Neurology at the Medical University Innsbruck. In 2006 he became a full Professor at the Medical University of Innsbruck and head of the newly created Division of Clinical Neurobiology devoted exclusively to MSA research. Together with Professor Werner Poewe he initiated the European MSA Study Group in 1999. EMSA-SG generated the first validated assessment tool for MSA (Unified MSA Rating Scale – UMSARS), it also conducted a large natural history study in 12 European countries and Israel, and currently performs genomic studies as well as phase II intervention trials. Professor Wenning has published more than 200 original papers, reviews and invited book chapters on MSA and related parkinsonian disorders. He was a member of the German Scholarship Foundation, fellow of the UK Parkinson`s Disease Society, first recipient of the Birkmayer prize in 1998 and also first recipient of the Oppenheimer prize in 2004 for recognition of his work on MSA

Dr. Alessandra Fanciulli graduated as medical doctor and completed a clinical PhD in experimental neuroscience at "Sapienza" University of Rome. Since 2012 she is working at the Department of Neurology, Innsbruck Medical University. Her main areas of interest are movement disorders and cardiovascular autonomic failure. Dr. Fanciulli was awarded with the research prizes of the LIMPE - Lega Italiana per la lotta contro la Malattia di Parkinson, ÖPG - Österreichische Parkinson Gesellschaft and ÖGN - Österreichische Gesellschaft für Neurologie.