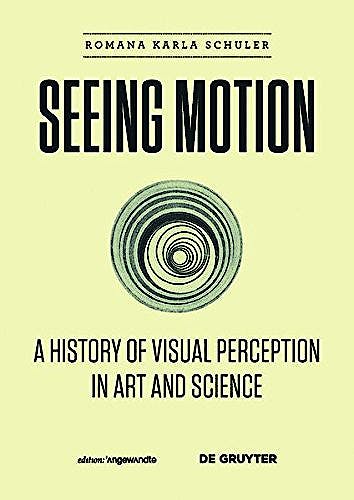 Seeing Motion: A History of Visual Perception in Art and Science

The central focus of this publication is the synthesis of science and art in the field of visual perception, in particular how early 19th century perceptual research into illusions, kinetic illusory figures, and illusory movement influenced the apparative / machine, kinetic art of the 20th century and the computer-generated visual art of the 21st century.

Professional artists have traditionally used innovative, scientific inventions involving light and perspective for their work as well as making use of “visual aids”.

Since the beginning of the 1920s, artists like Marcel Duchamp have been experimenting with illusory movement. Based on these early ideas and artistic experiments, and due to its relationship with illusory space, there was a renewed interest in illusory contour, especially among representatives of kinetic art and op art.