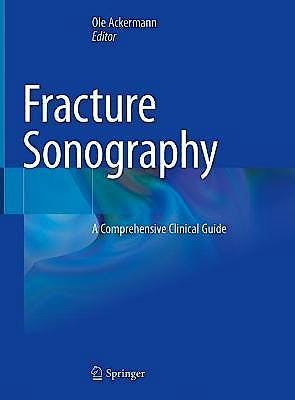 Filling a gap in the literature, this is the first book to comprehensively present fracture sonography as a diagnostic tool that can complement and in some cases even replace conventional radiological imaging.

Guiding readers step by step through a patient examination, it is an invaluable guide to implementing this technique in clinical practice. It also presents algorithms, tips, tricks and pitfalls shared by experienced authors, making it a useful reference resource for all those practicing in the field.

This book is of interest to a wide readership, including orthopedic, pediatric and trauma surgeons, emergency physicians, pediatric radiologists and general practitioners.

Dr. Ole Ackermann graduated from the Heinrich Heine University Duesseldorf, Germany, in 1997, and earned his PhD title at the GHS in Essen in 2000. He completed his residency in Orthopedic and Trauma Surgery in 2005 at the Klinikum Duisburg and then served as a consultant and Chief of the Department of Pediatric Surgery from 2006 to 2013. In 2013 he was appointed Chief of the Department of Orthopedic Surgery at the EKO Oberhausen, Germany, and in 2015 senior consultant for orthopedic surgery at the EVKM Mettmann, Germany. In 2018 he opened his private practice in Duisburg. Dr. Ackermann is a DEGUM (German Society for Ultrasound in Medicine) certified instructor and the author of several publications and book chapters on fracture sonography.