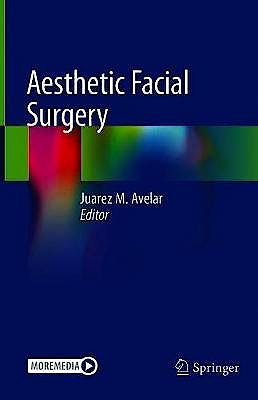 Part I. Session of Tributes

Rhytidoplasty is a palliative procedure in which face wrinkles are surgically removed to promote a more youthful appearance. This book, written by leading specialists for Brazil and abroad, discusses a wide variety of topics related to facial rejuvenation. The first sections focus on the surgical planning, including psychological considerations, preparation of the patient and anatomical and biochemical changes caused by the aging process. It also describes the surgical anatomy of the forehead, face, neck and eyelids. The third section provides a comprehensive overview of the basic techniques of facelift with details of refined surgical approaches for each segment of the face and neck. It highlights liposuction techniques, lipo-injection as well as transference of stem cells, showing their importance in reshaping the facial contours. It addresses both the treatment of soft tissue and craniofacial bone structures to improve the aesthetics of the face. The next sections present the final scars after face-lifting, minimally invasive procedures as complementary approaches during rhytidoplasty and the associated procedures during rhytidoplasty. The last section discusses postoperative care.

Aesthetic Facial Surgery consists of 64 chapters focusing on all aspects of face lifting, and meticulously describes surgical details not covered in other medical books. Featuring numerous figures, photographs and videos, it is a valuable resource for young and experience surgeons alike around the world.

Dr. Avelar has published several books and textbooks on plastic surgery, both in Portuguese and in English, including Ear Reconstruction (Springer, 2013 and 2017 - 2nd Edition), New Concepts in Abdominoplasty and Further Applications (Springer, 2016) and Breast Surgery - Aesthetic Approaches (Springer, 2018).