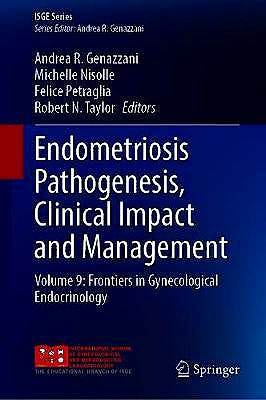 This volume focuses on endometriosis from its pathogenesis and the importance of the early diagnosis to treatment, throughout all aspects of femininity that this disease affects, impacting health and quality of life.

It also covers treatment strategies for the pain and for the disease management according to the age and needs of the patient, from adolescence to menopause, passing through the fertile age and the consequences that this disease can have on fertility and pregnancy.

This book is a useful, clear and up-to-date tool for gynecologists, gynecological surgeons, reproductive medicine and general practitioners and is an important source of information to face this more and more frequent and devastating disease.

Michelle NISOLLE is Professor of Gynaecology, President of the Obstetrics and Gynecology Department at the University of Liege (ULiege) and Head of University GYN/OBST Department at CHU Liege (site CHR Liege) in Belgium. Her clinical activity is focused on the endoscopic management of benign pathology (especially endometriosis), and she is particularly involved in endoscopic surgery teaching. She is vice -president of the Executive board at ESG, past coordinator of reproductive surgery SIG at ESHRE, executive board member at ESGE, and member of WES and ISGE. From 2017, she is also Belgian associated member at the "Academie royale de Medecine de Belgique". Professor Nisolle is a reviewer for several international journals (Fertility and Sterility as Superior Reviewer, Human Reproduction, International Journal of Obstetrics and Gynaecology, Gynecologic and Obstetric Investigation, Surgical Endoscopy, "Gynecologie, Obstetrique et Fertilite", Acta Neurologica Belgica, and The Lancet). She is an editorial board member in Fertility and Sterility. Since 2018, she is also Editor-in-Chief of "European Gynecology and Obstetrics" EGO, the official journal of ESG. Her research is focused primarily on endometriosis and in particular on its physiopathogenesis. The second theme of her research concerns the ovarian cryopreservation. She is author and co-author of more than 143 book chapters and 269 publications in national and international journals.