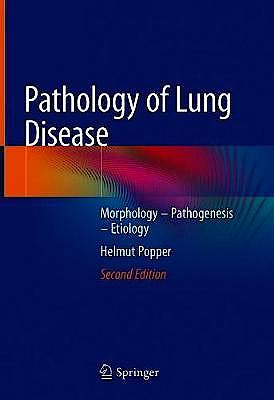 This well-illustrated book covers the full range of lung and pleural diseases from the pathologic standpoint. It has been updated from the first edition by including the most recent molecular data for the different lung diseases, tumor as well as non-tumor ones. New diagnostic tests are included, new aspects for the understanding of diseases have been added. Both diseases of adults and pediatric lung diseases are presented. The chapter on lung development has been expanded due to the many new findings being reported since the first edition.

The book will serve as an excellent guide to the diagnosis of these diseases, but in addition it explains the disease mechanisms and etiology. Genetics and molecular biology are also discussed whenever necessary for a full understanding. The author is an internationally recognized expert who runs courses on lung and pleural pathology attended by participants from all over the world. In compiling this book, he has drawn on more than 30 years' experience in the field.

Helmut H. Popper gained his medical degree from the University of Graz, Austria, and subsequently undertook residency and fellowship training at the Institute of Pathology at the university. In 1985 he became Associate Professor of Pathology at the Institute and a year later, Head of the Laboratory of Experimental Pathology. In 1993 Dr. Popper was appointed Professor of Pathology. Subsequent appointments in 2000 and 2008 were, respectively, as Head of Laboratories of Molecular Cytogenetics and Environmental and Respiratory Tract Pathology and Head of the Research Unit for Molecular Lung and Pleural Pathology. Dr. Popper has held a number of prestigious positions during his career, including as Chairman of the Pulmonary Pathology Group of the European Society of Pathology and President of the Austrian Society of Pathology. He is an associate editor of the journal Translational Lung Cancer Research and a member of the editorial board of the Journal of Thoracic Oncology. He has received awards or medals for Continuous Medical Education from the Swedish Medical Society, the Russian and Turkish Thoracic Societies, and the Italian Pathologic Society.