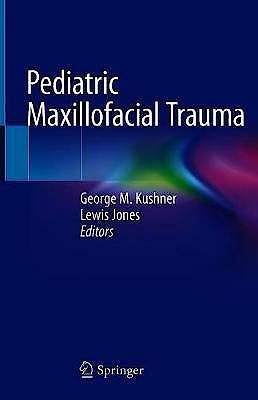 Growth and Development of the Maxillofacial Skeleton.- The Use of Resorbable Implants in Pediatric Facial Fractures.- Soft Tissue Trauma in the Growing Patient.- Soft Tissue Revision Surgery in the Growing Patient.- Management of Dog Bites.- Dentoalveolar Trauma.- Mandible Fractures in Primary, Mixed and Permanent Dentition Phases.- Midface (Maxillary and Zygomatic) Fractures.- Orbital and Nasal Fractures.- Considerations in Pediatric Populations (Including Patterns of Abuse).

This book aims to assist the reader in navigating the potentially complex decision-making process involved in selecting the most appropriate intervention for each particular scenario that may be encountered by the practitioner or surgeon in the growing patient with facial trauma. Among the topics covered are the initial management of both soft and bony trauma, including different types of fracture, as well as the management of complications and revision surgery. The discerning practitioner will learn how to provide the appropriate intervention at the appropriate time, by taking into account skeletal growth when matching techniques to the injuries more common in the skeletally immature patient. It is also emphasized that in some cases, no intervention is advisable owing to the possibility of damaging growth centers or introducing additional scar tissue that may impede future growth. Pediatric Maxillofacial Trauma will provide key knowledge for surgeons treating growing patients, ensuring that their decisions to operate or delay intervention are evidence based.

George M. Kushner, DMD, MD, is Professor of Oral and Maxillofacial Surgery at the University of Louisville School of Dentistry, Louisville, KY, USA. He has been Director of the Advanced Educational Program in Oral & Maxillofacial Surgery at the university since 1994. Dr. Kushner is a Diplomate, Fellow, and member of AAOMS, fellow of the American College of Surgeons (FACS), the American Dental Education Association (ADEA), the Southeastern Society of Oral and Maxillofacial Surgeons (SSOMS), and the American College of Surgeons and has held leadership positions in most of these organizations. Dr. Kushner lectures worldwide and has published widely on a range of topics in Oral and Maxillofacial Surgery. He is a Trustee of the AO Foundation, an international organization committed to excellence in musculoskeletal surgery. In 2013 he was inducted into American College of Dentists and he has also been a recipient of an American Medical Association Physician Recognition Award. Dr. Kushner is renowned for his treatment of complex injuries, deformities, and complications.

Lewis Jones, DMD, MD, is Assistant Professor at the University of Louisville School of Dentistry in Louisville, KY, USA. Dr. Jones gained his DMD from University of Connecticut School of Dental Medicine in 2007 and his MD from University of Alabama at Birmingham (UAB) Medical School in 2010. He completed his residency in oral and maxillofacial surgery at UAB in 2013 followed by a cleft/craniofacial fellowship at the Charleston Area Medical Center. Dr. Jones is a Diplomate of the American Board of Oral and Maxillofacial Surgery (ABOMS), a member of the American Association of Oral and Maxillofacial Surgeons (AAOMS), the American Cleft Palate-Craniofacial Association (ACPA), the American Dental Association, and the American Dental Education Association (ADEA). Dr. Jones practices oral and maxillofacial surgery with a special interest in pediatric anomalies, including cleft lip and palate, from birth to adolescence. He has also spent time volunteering on surgical mission trips in Mexico, Guatemala, and Paraguay.