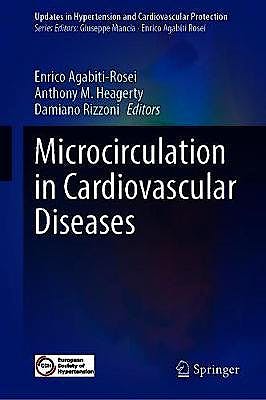 This book offers an extensive review of the most recent data on the pathophysiological role of structural and functional alterations in the microcirculation, particularly focusing on hypertension and diabetes. It covers several relevant and innovative aspects, including the possible mechanisms involved in the development of microvascular remodeling and rarefaction, the technical approaches available for the detection of microvascular alterations, including non-invasive evaluations, the prognostic role of changes in small resistance artery structure, the possibility of preventing or regressing such alterations with appropriate treatment, and the potential clinical advantages of such intervention. A number of innovative areas of research are considered, including the role of the immune system, inflammation and oxidative stress in the development of microvascular alterations. Lastly, it examines the availability of recent non-invasive methods for the evaluation of small resistance artery morphology in the retina, which in the near future may provide a useful tool for the stratification of cardiovascular risk and even for clinical decisions regarding drug treatment, thus providing physicians with a clinically relevant instrument for improving and optimizing the management of hypertensive and diabetic patients. The book provides valuable, clinically relevant information for specialists (cardiology, internal medicine, and endocrinology) and general practitioners, and also offers novel and stimulating data to basic and clinical researchers.

Enrico Agabiti-Rosei MD, PhD, FESC is Professor Emeritus at University of Brescia, Italy, where he was the Director of the Clinica Medica, Chairman of both the Clinical Department of Medicine, University Hospital, and the Department of Clinical and Experimental Science, until the end of 2017. He has been also the Director of the post-graduate School of Internal Medicine.

He specialized in Cardiology and Internal Medicine at the University of Pisa and spent few years abroad in prestigious international research centers as Research Fellow or visiting Professor: in Glasgow, GB, at the BP Unit, in Basel, Switzerland, at Kantonsspital, in Cleveland, Ohio, at the Cleveland Clinic.

Professor Agabiti-Rosei has lectured internationally on topics related to hypertension and cardiovascular diseases. He is the author of about 800 scientific publications in peer reviewed journals, and co-editor or author of chapters of many books on hypertension and cardiovascular prevention. He has received the Peter Sleight Award of the ESH in 2011. Member of the Task Force appointed to write the 2018 ESC/ESH Guidelines for Hypertension, he has covered this role or acted as scientific reviewer also in relation to the previous ESH/ESC Guidelines (since 2003).

Anthony AM Heagerty graduated in Medicine from London University and began his research career supervised by John Swales in Leicester, where he developed his interest in the vascular biology of hypertension. He studied the structure and function of resistance-sized arteries in humans and adopted a reverse translational approach to identify the mechanisms responsible in animal models. The work was funded by the UK Medical Research Council and the British heart Foundation, and in 1987 he obtained his research MD and was awarded a BHF Clinical Senior Research Fellowship. He has published more than 300 papers and in 2014 delivered the Wolfgang Kiowski Memorial Lecture and in 2015 the John Swales Memorial Lecture. Moreover in 2016 he received the ISH Robert Tigerstedt Lifetime Achievement Award.