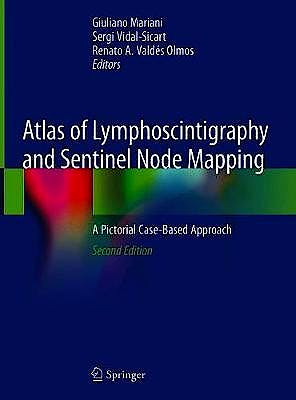 The main goal of the second edition of this book is to update the content on the rapidly growing field of lymphoscintigraphy, a radionuclide-based imaging procedure that provides information on the functional status of the lymphatic system. Although the technique was originally introduced to identify the cause of peripheral edema (i.e., blockage of the venous or lymphatic circulation), more recent and widespread applications include radioguided biopsy of the sentinel lymph node in patients with solid cancers. This procedure is crucial for the adequate planning of oncologic surgery in a growing number of cancers, most notably breast cancer, cutaneous melanoma, head and neck cancers, penile cancer, and cervical cancer.

The book focuses on the latest advances in lymphoscintigraphy techniques, including both novel tracers recently approved for clinical use (especially in the field of sentinel lymph node mapping) and the expanding role of hybrid imaging with SPECT/CT - and in sentinel node detection using hybrid tracers (radiolabeled and fluorescent) for dual-signature guidance. Each chapter addresses the clinical application of lymphoscintigraphy in different anatomic areas or disease conditions. After an introductory section concerning the pathophysiology of the specific site/disease, the clinical relevance and impact of lymphoscintigraphy is demonstrated by a collection of richly illustrated teaching cases describing the lymphoscintigraphic patterns most commonly observed, as well as anatomic variants and technical pitfalls. Emphasis is placed on tomographic multimodality imaging.

The book gathers contributions by experts in nuclear oncology, who have revised their chapters by updating the didactic material and adding clinical cases. Regarding sentinel lymph node biopsy in particular, a major distinction of this text is the incorporation of the staging guidelines of the American Joint Committee on Cancer (8th edition) into the didactic material.

Dr. Mariani's interests span virtually all of the clinical applications of Nuclear Medicine, including both diagnostic and therapeutic applications, with an emphasis on the development of novel techniques for radionuclide-based diagnosis and therapy of different tumors. He has published over 320 articles in international peer-reviewed journals. In addition to serving on the Editorial Boards of the most prestigious international journals on nuclear medicine and diagnostic imaging in general, Dr. Mariani has edited or co-edited 20 books and authored or coauthored over 100 book chapters. In addition, he currently serves as an Expert Consultant to the International Atomic Energy Agency (IAEA, Vienna) for developing and implementing nuclear medicine training programs around the world.

Sergi Vidal-Sicart is a Senior Consultant and Research Coordinator at the Nuclear Medicine Department of the Hospital Clinic Barcelona (University Hospital) and Specialist Physician at the Nuclear Medicine Department of Parc de Salut Mar (University Hospital del Mar). He is involved in projects concerning radioguided intervention and sentinel node biopsy using both conventional tracers and hybrid approaches for simultaneous radioactivity/fluorescence detection and intraoperative navigation in several malignancies. He is a founding member of the International Sentinel Node Society and member of the editorial boards of the Spanish Journal of Nuclear Medicine & Molecular Imaging and BMC Cancer. He is Former President of the Task Group on Radioguided Surgery within the Spanish Society of Nuclear Medicine and Molecular Imaging. In addition, he has been a contributing expert to training initiatives organized by the International Atomic Energy Agency (IAEA) and the European Association of Nuclear Medicine (EANM).

Renato Alfredo Valdes Olmos is a former Nuclear Medicine Consultant at the Netherlands Cancer Institute-Antoni van Leeuwenhoek (NKI-AVL). Currently, he is Clinical Researcher and Senior Consultant at the Interventional Molecular Imaging laboratory and Nuclear Medicine Section of the Department of Radiology of the Leiden University Medical Center (LUMC). He has been involved in projects concerning image guided intervention and sentinel node biopsy using hybrid approaches for radioactivity/fluorescence detection and intraoperative navigation in various malignancies as well as in molecular imaging and biopsy of breast cancer resulting in more than three-hundred PubMed indexed publications and numerous PhD theses. Former member of the editorial board of the European Journal Nuclear Medicine & Molecular Imaging, he is member of the editorial board of the Spanish Journal of Nuclear Medicine & Molecular Imaging and also editor-in-chief of the Dutch Journal of Nuclear Medicine. He is a founding member of the International Sentinel Node Society and currently member of its board. Following participation as expert in training initiatives organized by the International Atomic Energy Agency (IAEA) and the European Association of Nuclear Medicine (EANM), he has been one of the initiators of the European network RADIOguide for training and research on radioguided intervention. Former training coordinator on nuclear oncology at the NKI-AVL, he has also been in charge of training for nuclear medicine residents at the LUMC. He is currently involved in the fused radiology/nuclear medicine resident training at the Onze Lieve Vrouwe Hospital, Amsterdam.