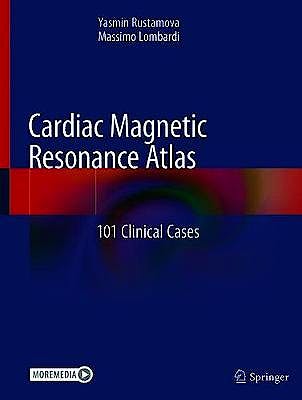 This book presents the main cardiac pathologies, providing a helpful guide featuring clinical cases and electronic supplementary material. There are several systematic books on cardiac magnetic resonance, which approach the different pathologies and related pathophysiology in a general manner, and these are useful for readers at an early stage in their medical careers. However, when it comes to individual patients (during the acquisition of images and reporting activities) there is no book providing operative protocols or systematic descriptions of details to look for.

This book, collecting one hundred one clinical cases covering a broad spectrum of cardiac diseases, is an invaluable tool for radiologists and cardiologists.

MASSIMO LOMBARDI specialized in Cardiology in 1991. He worked at the MR-CENTER of the University of Trondheim - Norway, and as medical director of the MR Unit of C.N.R./ "G. Monasterio" Foundation - Pisa, Italy (1999-2013). He specialized in Radiology in 2003, and was professor of Radiology at the University of Pisa from 2006 to 2013, chairman of the ESC Working Group for Cardiac MR (2008-2010) and member of the board of the Italian Society of Cardiology (2013-2015). Since 2013 he has been medical director of the Multimodality Cardiac Imaging Section at I.R.C.C.S, Policlinico San Donato, and teaching professor at the School of Specialization in Cardiovascular Disease - University Vita-Salute San Raffaele - Milan. He is also a founding member of the Society of Cardiovascular Magnetic Resonance. He is associate editor and board member of several international Journals. Prof. Lombardi published a book entitled "MRI of the Heart and Vessels" with Springer in 2005.

YASMIN RUSTAMOVA specialized in Cardiology in 2005 and worked as a cardiologist at the Central Clinic of Baku, Azerbaijan, from 2007 to 2008. In 2009 she completed her PhD in Cardiology at the Teaching and Research Medical Centre of the Administration of the President of the Russian Federation. In 2012 she worked in Pisa, Italy, and at the Monzino Cardiology Center in Milan. From 2009 to 2014 she worked as a cardiologist at the Baku Central Customs Hospital, and since 2007 she has worked at the Department of Internal medicine 2, at the Azerbaijan Medical University. Currently she is board member of the Azerbaijan Society of Cardiology as well as associate editor of the International Journal of the Cardiovascular Academy.