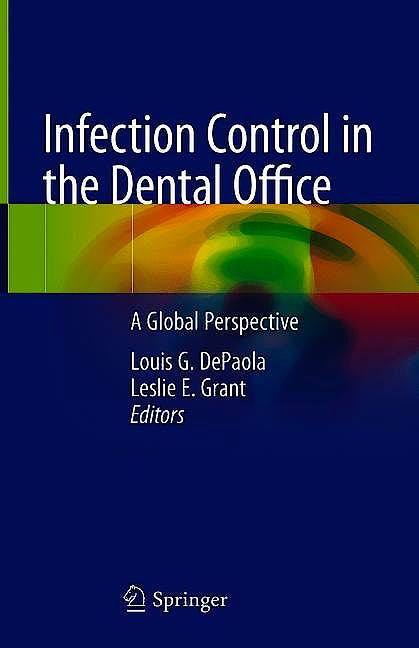 Infection Control in the Dental Office. A Global Perspective

This book reviews the principles of infection control and the guidelines and standards of care in multiple countries, discussing them within the context of the practice of dentistry. The aim is to enable dental practitioners to ensure that the appropriate measures are adopted for each patient contact, thereby minimizing the risk of transmission of infection - a goal that is becoming ever more important given the threats posed by new or re-emerging infectious diseases and drug-resistant infections. Readers will find information and guidance on all aspects of infection control within the dental office: hand and respiratory hygiene, use of personal protective equipment, safe handling of sharps and safe injection practices, management of occupational exposures, maintenance of dental unit water quality, surface disinfection, and the cleaning and sterilization of dental instruments. Infection Control in the Dental Office will be an invaluable asset for all dental practitioners, including dentists, dental specialists, dental hygienists, and dental assistants.

Louis G. DePaola is the Associate Dean of Clinical Affairs and Professor in the Department of Oncology & Diagnostic Sciences, School of Dentistry, University of Maryland, Baltimore. He received his DDS in 1975 and a Master's Degree in Oral Biology in 1981 and also holds a Certificate in Prosthodontics. Dr. DePaola is a Diplomate of the American Board of Oral Medicine and the American College of Dentists. He is the Director for Dental Training for the Mid-Atlantic AIDS Education and Training Center and served as a member of the American Dental Association Council of Scientific Affairs from 2002 to 2005. Well known on the lecture circuit, Dr. DePaola has presented at most major national meetings as well as numerous international organizations. Active in research, he has authored or co-authored over 130 journal articles, book chapters, and abstracts. He also serves as a consultant to the American Dental Association and numerous other professional groups and private industry. Over the past 20 years, he has been awarded over 75 research and service grants.

Leslie E. Grant is an Examiner for the Commission on Dental Competency Assessment (CDCA) Linthicum, MD. She was initially appointed to this post as a consultant in 2012 and from 2008 to 2017 served first as Dental Compliance Officer and subsequently as Chief Dental Officer, Maryland State Board of Dental Examiners, Catonsville, MD. Dr. Grant gained her DDS from the University of Maryland School of Dentistry in 1986 and between 1988 and 2009 worked as a general dentist, in private practice and for Baltimore City Health Department, Division of Oral Health between 2000 and 2008. She has held various positions within the National Dental Association, including President (2006) and Chair of the Legislative Committee (2007-12). From 2007 to 2012 she was also a member of the Legislative and Governmental Affairs Council of the Academy of General Dentistry, and served as the 2012-2013 Chair of the Board of Directors of the Organization for Safety, Asepsis and Prevention (OSAP). Dr. Grant is a Fellow of the American College of Dentists, the International College of Dentists, and the Pierre Fauchard Academy and a founding member of the U.S. National Oral Health Alliance. She has received the President's Award from the National Dental Association on three occasions.