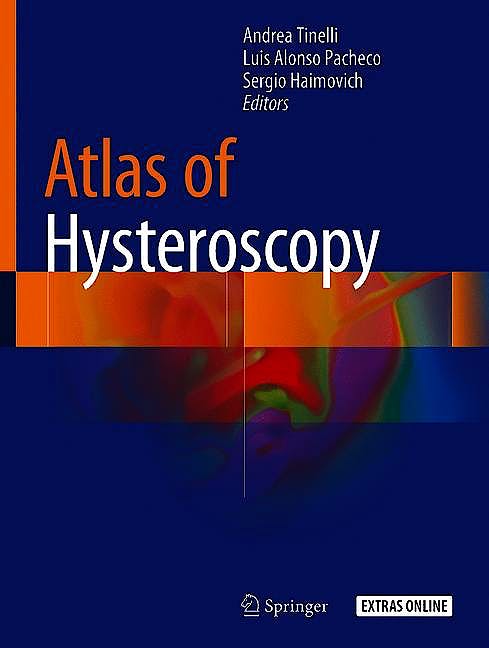 This book provides a wealth of detailed hysteroscopic images, illustrating the various gynecological pathologies that can be directly diagnosed by hysteroscopy.

Providing comprehensive coverage, the book examines each pathology on the basis of concrete images, offering readers support with the diagnostic evaluation. This is especially important when there are recrudescent pathologies, such as TBC, which can often confuse physicians in the context of diagnosis, and with regard to oncological, infectious and infertility issues.

Written by prominent experts in the field, this atlas offers an extremely useful and comprehensive tool for all gynecologists, which can support them to overcome any diagnostic doubts and arrive at an accurate diagnosis.

Luis Alonso Pacheco is board certified and fellowship trained in the area of hysteroscopy. He received his medical degree from the University of Valladolid and his title of specialist in obstetrics and gynecology from the Universitary Regional Hospital "Carlos Haya" Malaga. After finishing his specialization, he worked in Hospital Materno infantil de Malaga until 2002. Endoscopic surgery consultant of Hospital Xanit Internacional from 2006 until 2009. Professor of the Andalusian Endoscopic School from 2006 to 2009. Currently is member of the Endoscopy Unit at Centro Gutenberg where he works from 2002 and Co-Owner of the reproductive center Clinica Victoria and coordinator of the hysteroscopic unit from 2010. He is actually Endoscopic surgery consultant of Unidad de Reproduccion Asistida de Quironsalud Malaga from 2010. Chief editor of the only international Journal about hysteroscopy "Hysteroscopy Newsletter". He is the co-author of a book about hysteroscopy, multiple papers in different medical journals and different textbook chapters. He is also active member of different scientific associations and editorial board member of the journal of the Spanish Society of Obstetrics and Gynecology.

Sergio Haimovich graduated with degrees in Medicine and Surgery from the Universidad Central de Barcelona in 1994 and in Gynecology and Obstetrics, Hospital Universitario Materno Infantil Vall d'Hebron in 1998. He finished his PhD Cum Laude by the Autonomous University of Barcelona. He is currently Head of the Endometrial Pathology Hysteroscopy Unit at the Gynecology and Obstetrics Department, Del Mar University Hospital in Barcelona, where he has served from March 2007 to the present.Dr. Haimovich is a former Associate Professor with the Facultad de Ciencias de la Salud (Health Science College) at the International University of Catalonia (UIC) and is currently a Professor for the International Master on Human Reproduction program at the Universidad Autonoma de Barcelona. As Founder and Director of "The International School on Laser Hysteroscopy (ISLaH)" at the Del Mar University, Hospital of Barcelona since September 2015, he collaborates with National and International Scientific Societies. Further, Dr. Haimovich has been a Principal Investigator in many scientific research projects and published more than 50 papers, many of which are indexed on PubMed and ISI.