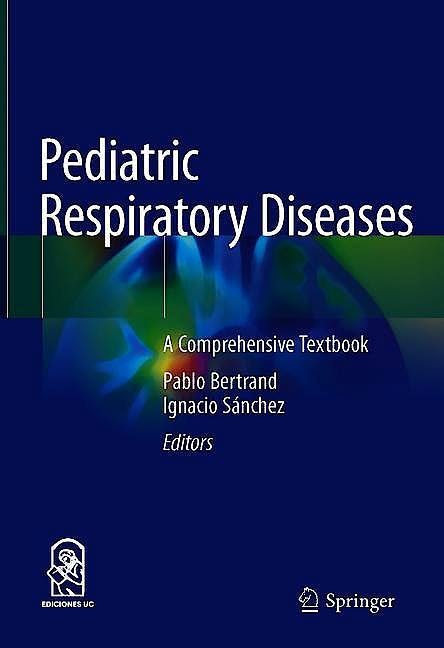 This is a comprehensive and authoritative textbook on pediatric pulmonology. Edited by Pablo Bertrand and Ignacio Sanchez, renowned academics and pediatricians from the Pontifical Catholic University of Chile, it encompasses five sections and 74 chapters, presenting and discussing the most important topics related to pediatric respiratory diseases. Written and presented in a simple and didactic format, it intends to ease learning and settlement of doubts in pediatric respiratory diseases. The reader is naturally introduced into the physiology, diagnosis, syndromes, diseases and the treatment associated with the respiratory pathologies affecting children. The chapters include algorithms for the treatment of various syndromes and updated treatment proposals grounded in evidence-based medicine for more than 50 pulmonary diseases. Pediatric Respiratory Diseases - A Comprehensive Textbook is an essential reference for the proper clinical approach to respiratory diseases in children. It is intended for all interns, residents and fellows with interest in pediatric pulmonary medicine, as well as practicing physicians, general practitioners, pediatricians and pulmonologists who face pediatric respiratory disorders in daily clinical practice.

Ignacio Sanchez graduated as a Physician in 1986 and as a Pediatrician in 1989 at the Universidad Catolica de Chile and performed a Pediatric Pulmonology Fellowship at the University of Manitoba (Canada) in 1991. He has been working in clinical and academic duties since then, becoming Chief of the Pediatric Department, Director of the School of Medicine, Dean of the Faculty of Medicine and in 2010 was appointed President of the University. He has done research in respiratory sounds and bronchiolitis.