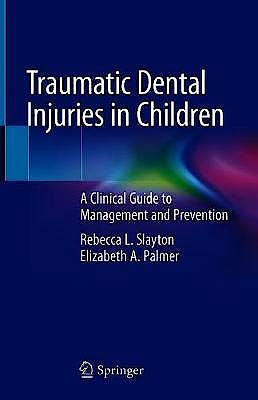 Traumatic Dental Injuries in Children. A Clinical Guide to Management and Prevention

This book is a clinical guide to the prevention and management of traumatic dental injuries, including crown and root fractures and luxation injuries, in children of all ages. Readers will find clear descriptions of the challenges posed by the pediatric population, the evaluation of injuries, diagnosis, management, and follow-up. Whenever available, evidence-based guidelines are used to inform clinicians of the most appropriate care for each type of injury. A holistic approach is adopted, taking into account the child's developmental stage and ability to tolerate the proposed treatment. When indicated, more advanced forms of behavior guidance are discussed to enable the delivery of safe and effective care that will allow the best outcome to be achieved. Often, traumatic dental injuries result in sequelae that compromise the health of the developing permanent teeth. These sequelae and appropriate treatment options are described along with innovative approaches designed to preserve bone and maximize future treatment possibilities. The book will be a valuable asset for both pediatric and general dentists.