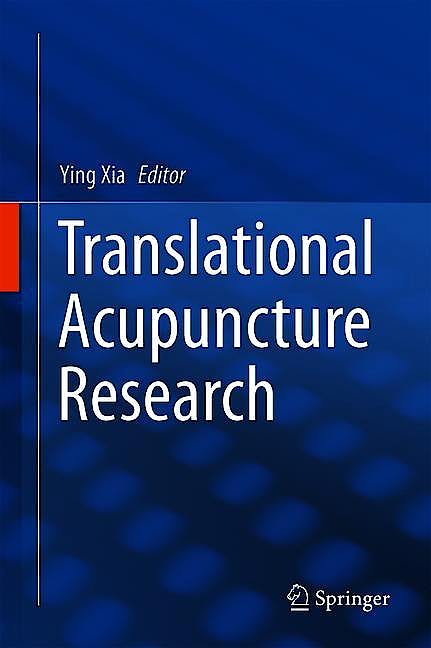 Written by many scientists and clinicians from China, USA, Canada and other countries, this monograph discusses translational research on acupuncture. Besides general topics on acupuncture practice (e.g., different styles and techniques of acupuncture), topics include some refractory diseases such as chronic fatigue syndrome, Parkinson's disease, cardiovascular dysfunction, chronic pain, post-concussion syndrome and post-traumatic stress disorder and cancer-related symptoms. The factors influencing acupuncture research are comprehensively addressed in the final chapter. This unique book provides a translational perspective on modern acupuncture for not only acupuncturists, but also neuroscientists, neurologists, and other clinicians. For medical students and undergraduate and graduate students majoring in biology, this book is an advanced course for learning the progress in alternative and complementary Medicine.

Ying Xia is a Fudan Distinguished Professor at Fudan University and the Executive Director of Shanghai Key Laboratory of Acupuncture Mechanism and Acupoint Function in Shanghai, China. He obtained his medical training at Soochow Medical College, China. After being a clinical physician for almost 4 years, he pursued his graduate study and obtained a Master Degree of Medicine and a Doctoral Degree of Medical Science (Ph.D.) in Neurobiology and Integrative Medicine at Shanghai Medical University (now Shanghai Medical College of Fudan University), China. He was then appointed as a lecturer of Integrative Medicine and Neurobiology there. Dr. Xia joined Yale University School of Medicine in 1988 for his postdoctoral training and initiated his laboratory at Yale in 1994. During his 22-year academic career at Yale University School of Medicine, he was appointed as a faculty member in 1993 and promoted to Associate Professor in 2002. From May 2010 to August 2016, he worked at the University of Texas Medical School at Houston (now the University of Texas McGovern Medical School) and the University of Texas Graduate School of Biomedical Sciences at Houston as a Full Professor, Chairman of Research & Promotion Committee and Vice-Chairman for Research in the Department of Neurosurgery. He was recruited by Fudan University in September 2016.

Dr. Xia's early research focused on cardiovascular regulation, interactive modulation of endogenous opioids and other neurotransmitters, and the mechanism of acupuncture. His laboratory currently investigates neural functions of the delta-opioid receptor, neuroprotection against ischemic/hypoxic injury, Parkinson's disease and other neurodegenerative disorders and acupuncture effects on neurological diseases (e.g., stroke, epilepsy, and hypoxic encephalopathy). His research has been consecutively supported by NIH, America Heart Association, March of Dimes Foundation, Cerebral Palsy Foundation, The Vivian L. Smith Neurologic Foundation, Memorial Hermann Foundation, Science and Technology Commission of Shanghai Municipality and the National Natural Science Foundation of China since 1994. He has been invited to deliver speeches by many academic institutions (e.g., NIH and Harvard University) and international conferences. He has been serving as a manuscript-reviewer for many international journals and as a grant reviewer for NIH, US National Science Foundation, other American foundations (e.g., America Heart Association; US Civilian Research and Development Foundation), European foundations (e.g., Scotland Medical Research of UK; Wellbeing of Women of UK; National Science Center of Poland), Hong Kong University Grants Committees, and Natural Science Foundation of China.