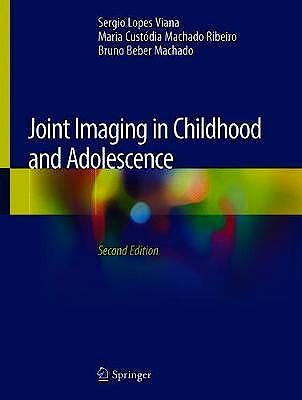 Joint Imaging in Childhood and Adolescence

This book, now in its second edition, remains one of very few works devoted to pediatric musculoskeletal imaging since the advent of cross-sectional methods, and the only one - to the best of our knowledge - specifically dedicated to the skeletally immature joint and its diseases. There has been a steady decline in the number of pediatric radiologists, and less emphasis has been given to pediatric training for general radiologists, so that the latter are more and more unfamiliar with normal and abnormal imaging findings in children and adolescents. This can lead to the misinterpretation of normal findings and failure to recognize abnormal exam results.

Even though this book is intended primarily for radiologists, it will also greatly benefit general rheumatologists, pediatric rheumatologists, pediatricians, orthopedic surgeons and all those involved in the diagnosis and treatment of children and adolescents with articular complaints. It employs simple and accessible language, so that it provides the in-depth information required by radiologists, while still being understandable for non-radiologists. Although its structure is fluent and logical, the chapters are all self-contained. Richly illustrated, its imagery combines the pictorial strength of old radiographs, which display late-stage abnormalities rarely seen today, and the appeal of modern imaging and its ability to detect early signs and subtle findings. Key points are summarized at the end of each chapter.

By presenting essential information on imaging of the immature joint, the authors hope to provide a useful tool to help radiologists (musculoskeletal specialists and generalists alike) face the daily challenges of interpreting pediatric exams. Soon, artificial intelligence (AI) will be able to perform the most basic radiological diagnoses. Nevertheless, pediatric musculoskeletal radiology is complex and full of facets, and mastering this area in this ever-changing time can be a very important differential in the career of the 21st century radiologist.

Dr. Sergio Lopes Viana is a board certified musculoskeletal radiologist based in Brasilia, Brazil and fellow of the Brazilian College of Radiology. He graduated with a degree in Medicine from the Universidade Federal do Piaui (Teresina) in 1995 and completed residencies in Internal Medicine at the Universidade Federal de Pernambuco (Recife, 1996-1997) and in Radiology at the Hospital de Base do Distrito Federal (Brasilia, 1998-2000). He co-authored the books "Diagnostico por imagem em reumatologia" (2007) and "Joint imaging in childhood and adolescence" (2013). His publications also include 5 book chapters and dozens of articles published in Brazil and abroad. He has also lectured extensively on musculoskeletal imaging as a guest speaker throughout Brazil.

Dr. Maria Custodia Machado Ribeiro is a board certified pediatric rheumatologist based in Brasilia, Brazil and fellow of the Brazilian Society of Pediatrics. She graduated with a degree in Medicine from the Universidade de Brasilia (Brasilia) in 1974 and completed a residency in Pediatrics at the Hospital de Base do Distrito Federal (Brasilia, 1975-1976), obtaining her Master's degree in Pediatrics from the Universidade de Brasilia (Brasilia) in 2006. She co-authored the book "Joint imaging in childhood and adolescence" (2013) and has published a book chapter and several articles in Brazil and abroad.

Dr. Bruno Beber Machado is a board certified musculoskeletal radiologist based in Cachoeiro de Itapemirim, Brazil and fellow of the Brazilian College of Radiology. He graduated with a degree in Medicine from the School of Medicine at the Santa Casa de Misericordia de Vitoria (Vitoria) in 1998 and completed a residency in Radiology at the Universidade Federal Fluminense (Niteroi, 1999-2002), obtaining his Master's degree in Radiology from the Universidade Federal do Rio de Janeiro (Rio de Janeiro) in 2002. He co-authored the book "Joint imaging in childhood and adolescence" (2013) and has published two book chapters and several articles in Brazil and abroad.