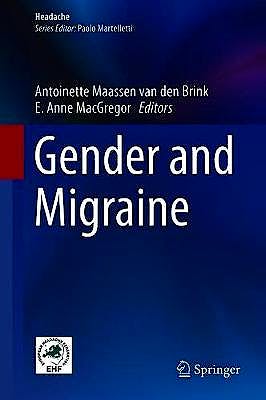 This book focuses on the influence of sex and gender in migraine, presenting new insights in basic science as well as their clinical relevance. As migraine is roughly three times more common in women than in men, and also highly depends on hormonal milestones - such as menarche, menstruation, pregnancy and menopause - particular attention is devoted to the role of female sex hormones in this disease. The first chapters present general data on gender-related differences in migraine such as epidemiology, comorbidities and related risks. Furthermore, while several chapters focus on the role of female sex hormones in migraine-triggering mechanisms at a basic scientific level (e.g. cranial circulation), ample attention is also paid to the clinical relevance of such mechanisms and to the best clinical treatment for migraine patients.

As the first book entirely devoted to this topic, it will be of interest to researchers and practitioners in the fields of neurology, internal medicine, endocrinology, physiology and pharmacology.

Antoinette Maassen van den Brink is an Associate Professor of Pharmacology at the Department of Internal Medicine, Erasmus MC, Rotterdam, the Netherlands. She is interested in the neurovascular aspects of migraine, with a special interest in the role of female sex hormones on the disease's neurovascular pharmacology. She is a board member of the Dutch Society for Gender & Health, Dutch Pharmacological Society, the Federation of European Pharmacological Societies, the Dutch Headache Society, and the European Headache Federation.

E. Anne MacGregor is an Associate Specialist in Sexual and Reproductive Healthcare at Barts Health NHS Trust, and an Honorary Professor at the Centre for Neuroscience and Trauma at Barts and the London School of Medicine and Dentistry, London, England. Although she has conducted research on all aspects of primary headaches, her chief interest is in the effects of sex hormones on headache. In addition to her work on headache, she holds a Masters in Medical Education and is a Fellow of the Faculty of Sexual and Reproductive Healthcare of the RCOG.