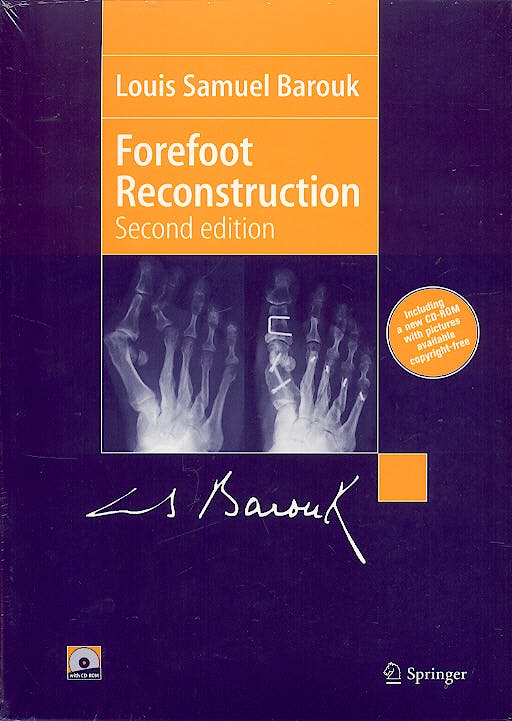 For a long time, forefoot surgery had many disadvantages including a painful postoperative period and recurrence of deformities. New techniques – notably Scarf, the first metatarsal osteotomy and the Weil osteotomy of the lesser metatarsal – provide a significant improvement in the treatment of static forefoot disorders. The great toe osteotomy has also been greatly improved. Since 1991, the author has introduced these techniques in many countries, while developing and studying the corresponding implants and the postoperative period. He has also developed surgical management techniques that bridge these different osteotomies. More than 1000 surgeons around the world are using these techniques, which are now widely taught. In this second edition of the book the general presentation is clearer and more pleasant and many pictures have been replaced. Several topics are emphasized, notably the great toe proximal phalanx osteotomy, the joint preservative surgery in severe forefoot disorders, including revision after failed bunionectomy and rheumatoid forefoot following the “ms” point for an accurate and effective metatarsal shortening. Lastly, new procedures are exposed, particularly in Claw toe and hammer with the PIP plantar release and the surgery of the middle phalanx and also the Weil osteotomy of the first metatarsal in hallux limitus. A new CD is included which focuses on the pictures, drawings and AVI in 2 or 3D that are now available copyright-free, so as to bring significant help for the surgeon’s scientific works.