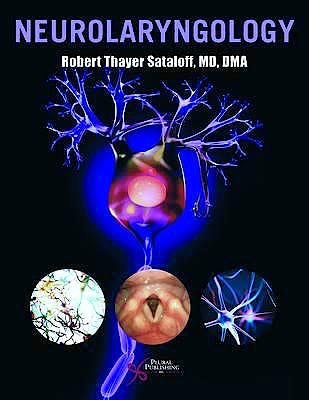 Neurolaryngology brings together in one volume the latest concepts in this important and developing field. In order to make this text as useful as possible for clinicians, selected chapters on general concepts important to clinical care have been included, includingchapters on history, physical examination, clinical voice laboratory assessment, common diagnoses and treatments, and other topics important to all voice patients, including those with neurolaryngological complaints.

Starting with a perspective on modern voice medicine including neurolaryngology and a brief historical overview of the development of laryngology, the text goes on to describe neuroanatomy and physiology, laryngeal function, and the role of chaos in voicedisorders. It contains fascinating new ideas on applications of non-linear dynamics to voice care and research, a topic of great relevance in neurolaryngology.

Beginning the section on clinical assessment of voice disorders is a description of the current approach to history and physical examination recommended for patients with neurolaryngological voice disorders. The text contains the most current research and references throughout, presenting the latest information about many conditions, including some rarely covered in the laryngologic literature; it highlights diagnosis and treatment of a wide array of motor and sensory disorders that may impair voice.

The interdisciplinary expertise of numerous authors has been invaluable in the preparation of this text; however, every effort has been made to maintain style and continuity throughout. Clinically relevant and thought provoking, Neurolaryngology is the definitiveencyclopedic reference in this new subspecialty of laryngology.

Chapter 7. The Microanatomy of the Vocal Fold Musculature
Ira Sanders