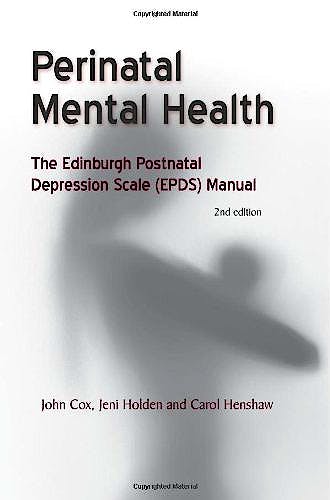 The Edinburgh Postnatal Depression Scale (EPDS) is a questionnaire and was designed as a simple means of screening for postnatal depression in health care settings. The scale is now in use around the world and this book is a practical guide to using the scale in clinical practice, its origins and development background. This second edition has been revised and contains much advice based on years of experience.

All chapters and references have been updated and the chapters on screening and counselling have been considerably revised, the evidence base on interventions for perinatal depression is provided, plus details of innovative methods such as internet-based therapy. The book includes the EPDS questionnaire itself in 58 other languages (listed below), plus a discussion of the questionnaire’s cultural validity.
The scale can also be used by researchers seeking information on factors which influence the emotional well-being of new mothers and their families and guidance is also given on use of the scale in research settings.

The book will be useful for psychologists, psychiatrists, health visitors, midwives, family doctors, obstetricians and community psychiatric nurses, plus researchers in perinatal health.