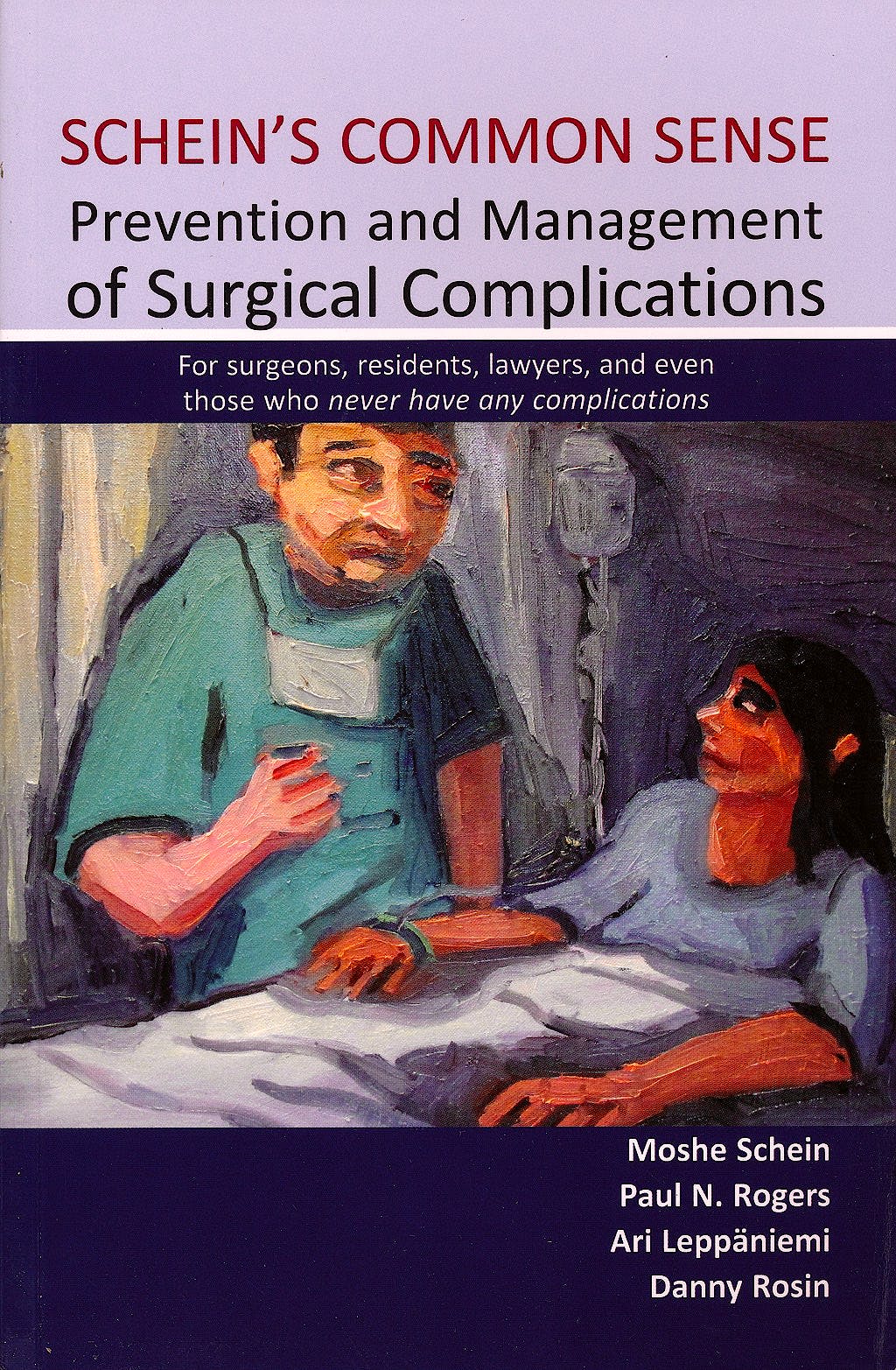 Schein's Common Sense. Prevention and Management of Surgical Complications for Surgeons, Residents, Lawyers and Even Those Who Never Have Any…

The enthusiastic feedback received from readers of the international bestseller Schein's Common Sense Emergency Abdominal Surgery (now in its 3rd edition, translated to seven languages; Springer Verlag; ISBN 978- 3540748205) inspired the editors to do a similar book dedicated to surgical complications: practical, non-formal, internationally relevant (in all types of practice and levels of hospitals) – and definitely not politically correct: what is considered taboo by others is not taboo for us; here we discuss everything!

As in the editors’ previous book, the use of references is restricted to the absolute minimum, and citing figures and percentages is avoided as much as possible. The chapters in this book are the opinion of experts – each contributor has a vast personal knowledge and clinical experience in the field he is writing about. This book will help all surgeons (and their patients), avoid the misery of complications, and will provide advice on the management of those that are unavoidable. Complications and death are an integral component of surgery. Surgeons have to look death in the eyes, try to prevent it and vanquish it – this is what this book is all about.

"Schein’s books are always terrific reads, conveying pithy observations and practical advice and doing so with wit and scholarship. This latest is surely a must for every surgeon’s bookshelf." Abraham Verghese MD, author of 'CUTTING FOR STONE'

Chapter 10
Dealing with patients, families, lawyers and yourself
Avi Rubinstein and Moshe Schein

Chapter 12
Going to the country: the rural situation
Moshe Schein

Chapter 14
Colon and rectum (and the humble anus)
Mark Cheetham