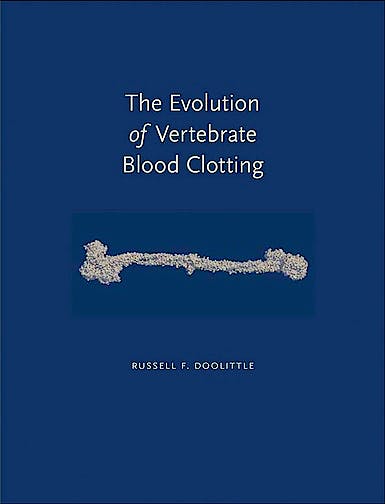 The Evolution of Vertebrate Blood Clotting

llluminated by a great assortment of original illustrations, this remarkable book charts the step-by-step evolution of vertebrate blood coagulation. Intended for readers with a background in biological science, it is specifically targeted for those in the field of molecular evolution as well as for researchers in the area of blood clotting. After providing some general background in the areas of blood clotting, protein structure, animal systematics, and simple genomics, the book focusses in on the search for blood clotting genes in the genomes of non-mammalian vertebrates, including fish, amphibians, reptiles and birds. The inventory of genes found allows a reconstruction of events culminating in the complex clotting system observed in humans and other mammals. Also examined are the genomes of protochordates like the sea squirt, leading to conjecture about how blood clotting was first initiated. The orderly way in which gene duplications provided new genes for fine-tuning the system serves as a model for how complex physiological systems in general have evolved. The book ends with suggestions for specific genetic engineering experiments that can be done to illustrate how molecular evolution works. An extensive glossary and guide to the current literature combine to make this book ideal for course use as well as for self study.