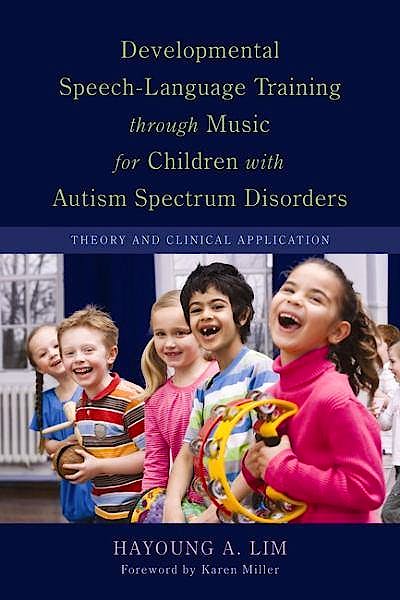 This is a comprehensive guide to Dr. Hayoung Lim's highly effective approach of using music in speech-language training for children ASD. Part I provides a sound theoretical foundation and employs the most up-to-date research, including the author's own extensive study, to validate the use of music in speech and language training for children with ASD. Part II analyzes the clinical implications of “Developmental Speech- Language Training through Music” (DSLM) protocols and explains in detail specific interventions that can be used with the approach. The practical application of DSLM to Applied Behavior Analysis (ABA) Verbal Behavior (VB) approaches is also explored.

This is essential reading for music therapists, speech and language pathologists and other professionals working with children with autism, as well as researchers and academics in the field.

"Dr Lim combines her passions for research, education, and clinical practice in the development of an important work: this work is characterized by careful and thorough review of current literature, including review of her own research studies and clinical experiences, and systematic, detailed explanation of suggested treatment protocols."
- from the Foreword by Karen Miller, Director of Music Therapy, Sam Houston State University, Texas, President of the American Music Therapy Association's Southwestern Region and an Assembly Delegate to the American Music Therapy Association