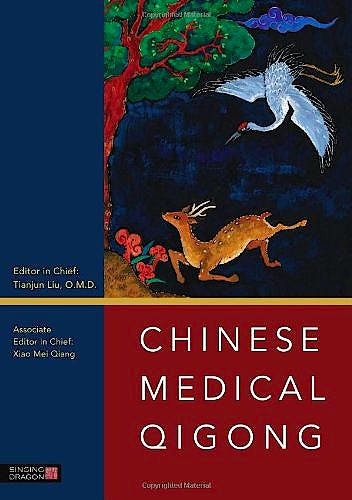 Based on the latest edition of the approved textbook on Medical Qigong used in Chinese universities, this authoritative paperback edition has been completely revised and edited to meet the needs of western practitioners. The editors emphasize the practice of Qigong, and this section of the book has been revised and expanded; a wide range of Qigong forms are presented, taking full account of the history, correct practice, and development of Qigong. The section on the clinical applications of Qigong in the treatment of a wide range of conditions, with the recommended Qigong forms for treatment, and relevant references to the ancient texts has been substantially revised, and focuses on conditions more common in the West. The book also presents the newest research on Medical Qigong, including groundbreaking new discoveries about the physiological and psychological mechanisms. Omitted from this paperback edition are the extensive excerpts from the ancient texts, and the detailed history, more appropriate for academic study.

This is an unparalleled resource for practitioners of Qigong and Chinese medicine, as well as medical students and other healthcare professionals seeking a better understanding of the theory, practice and beneficial health applications of Medical Qigong.

Praise for the hardback edition:

'This is a landmark work in the field of medical qigong... The book provides a great overview of qigong theory, research and practice for anyone who is interested in qigong therapy.' - qigonghealing.co.uk

'Chinese Medical Qigong is the definitive work on this ancient medical system for the English-speaking world. It is an important addition to our understanding of the contribution of Chinese culture, tradition, and science to the art of healing.' - Larry Dossey, M.D., author of Healing Words and The Power of Premonitions

'This is a long-needed and must-read book about the history, science, and practice of Chinese Medical Qigong. Clearly written, comprehensive, and visionary in scope.' - Gary E. Schwartz, Ph.D., Professor of Psychology, Medicine, Neurology, Psychiatry, and Surgery, The University of Arizona, and author of The Energy Healing Experiments

'Chinese Medical Qigong is one of the most comprehensive English texts to be published on this subject to date. An important reference for anyone interested in medical Qigong.' - Adam Perlman, M.D., M.P.H., F.A.C.P., Endowed Professor of Complementary and Alternative Medicine, University of Medicine and Dentistry of New Jersey

'This volume is an unparalleled presentation of current theory, research and practice in medical Qigong in China today. It will appeal to anyone interested in use of Qigong to promote health and wellness.' - Donald D. Davis, Ph.D., Old Dominion University, VA, and Tidewater Tai Chi Center

'This is an important book, one that has the potential to bring Qigong into the clinical and research limelight in the U.S. so that this wonderful and ancient healing practice can be better understood scientifically. The history, concepts, and practical applications of Qigong are presented thoroughly and systematically. The book illuminates not only Qigong, but also sheds light on all of Traditional Chinese Medicine and deserves a wide readership among clinicians, researchers, acupuncturists, and all others working the field of integrative medicine.' - Elizabeth R. Mackenzie, Ph.D., Lecturer, History and Sociology of Science, School of Arts and Sciences, University of Pennsylvania

'There are very few texts on the instruction of Qigong that address both the art and science of this form of movement meditation and therapy. Chinese Medical Qigong does both in a clearly documented and organized manner and does it well. The first English translation of the "only official textbook of medical Qigong utilized in TCM universities in China" does not suffer from translation but, rather, guides the reader through such diverse topics as Qigong history, theory, forms, research, and clinical application. Designed as a pedagogical tool, each section ends with a series of thought-provoking "Questions for Review," allowing the reader to reflect on and absorb the content... It is likely to become the "go-to" textbook in any medical program that includes Qi-based therapies or self-care.' - Bonnie Povolny, LAc - The American Acupunterist

'The content of this book is extensive and all inclusive. It consists of fundamental theories, practical methods and skills, clinical applications of Chi Gong therapy, classical Chi Gong literature, and many other more. This textbook will be a useful tool for medical students and health care professionals who are interested in complementary and alternative therapies. It will also be an important resource book for anyone who practices mind-body exercise (i.e. Tai Chi and Chi Gong).' - Violet Li - St. Louis Examiner

'This is a monumental work, put together by a host of editors from many Chinese medicine colleges in China as well as some prominent qigong teachers from the U.S. such as Kenneth Cohen and Roger Jahnke... Medical qigong is just becoming more well-known in the West and this book is a welcome and valuable addition to this exciting field.'- The Empty Vessel

'What the wealth of material in this book should do is destroy a common idea that a weekend course in qigong is enough to qualify someone in its mastery... A worthwhile addition to any practitioner's collection.'- Ejom.

Dr Tianjun Liu, O.M.D., is Director of the Qigong research laboratory at Beijing University of Chinese Medicine where he has taught Qigong for more than twenty years. He is also secretary general of the National Qigong Education and Study Association, secretary general of China Academic Society of Medical Qigong, and the only government approved academic mentor for Ph.D. candidates in the field of medical Qigong in China. For the past decade, Dr. Liu has been Editor in Chief of Qigong Study in Chinese Medicine, the only official Qigong textbook used in universities and colleges of traditional Chinese medicine in China.