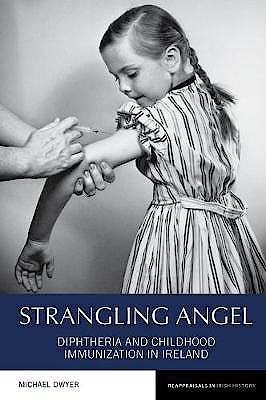 This book is the first comprehensive history of the anti-diphtheria campaign and the factors which facilitated or hindered the rollout of the national childhood immunization programme in Ireland. It is easy to forget the context in which Irish society opted to embrace mass childhood immunization. Dwyer shows us how we got where we are. He restores Diphtheria's reputation as one of the most prolific child-killers of nineteenth and early twentieth-century Ireland and explores the factors which allowed the disease to take a heavy toll on child health and life-expectancy. Public health officials in the fledgling Irish Free State set the eradication of diphtheria among their first national goals, and eschewing the reticence of their British counterparts, adopted anti-diphtheria immunization as their weapon of choice. An unofficial alliance between Irish medical officers and the British pharmaceutical company Burroughs Wellcome placed Ireland on the European frontline of the bacteriological revolution, however, Wellcome sponsored vaccine trials in Ireland side-lined the human rights of Ireland's most vulnerable citizens: institutional children in state care. An immunization accident in County Waterford, and the death of a young girl, raised serious questions regarding the safety of the immunization process itself, resulting in a landmark High Court case and the Irish Medical Union's twelve-year long withdrawal of immunization services. As childhood immunization is increasingly considered a lifestyle choice, rather than a lifesaving intervention, this book brings historical context to bear on current debate.