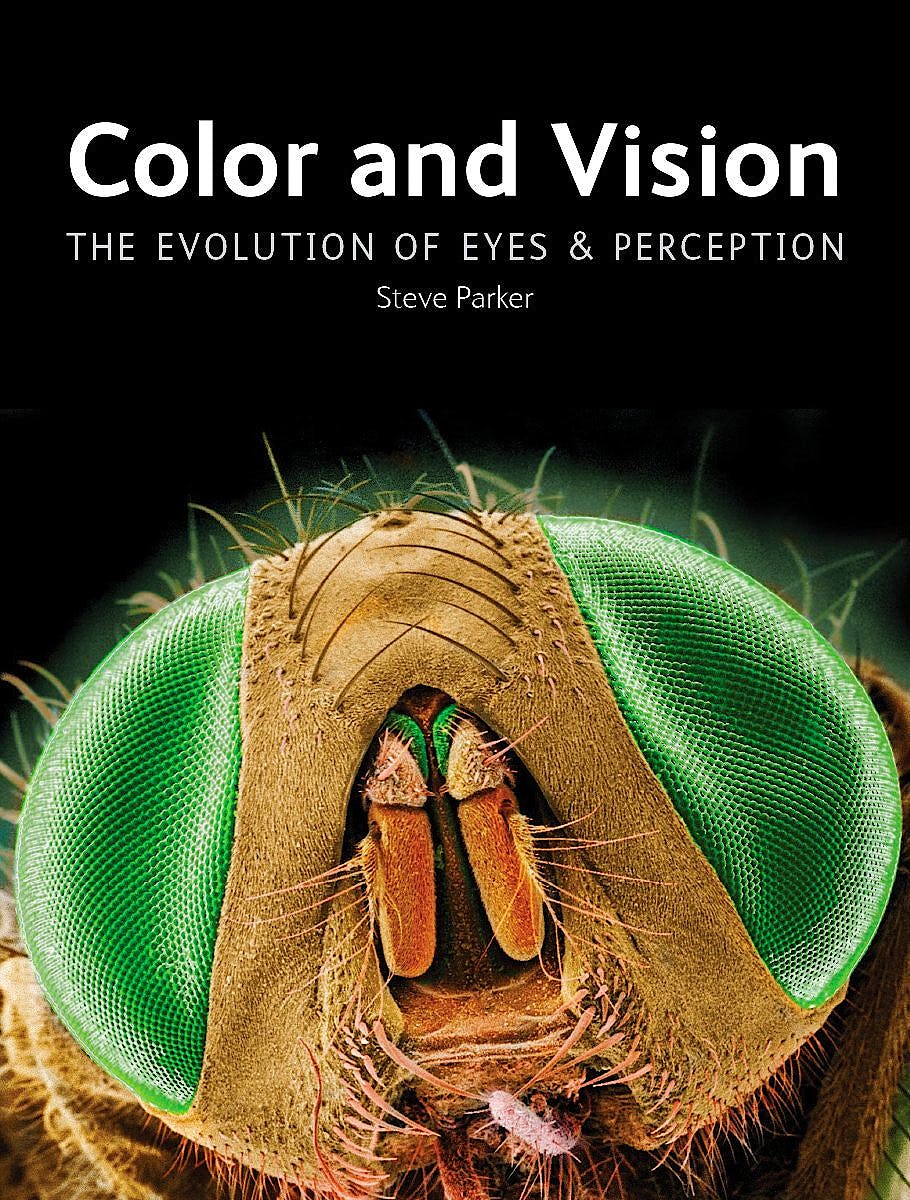 Color and Vision: The Evolution of Eyes and Perception

This thought-provoking book examines life before there was vision and considers how it changed when the image-forming eye evolved. It goes back to the earliest life on Earth to trace the evolution of vision and color in nature.

For color to exist there needs to be light, an image-forming eye, and a brain to process the data. We know that more than 543 million years ago there were no image-forming eyes, only basic light receptors that allowed organisms to tell the difference between light and dark. We also know that about two million years later there were roughly six major groups of animals in existence.

It was not until just 20 million years later -- a blink of the eye in evolutionary history -- that there were 38 groups, about the same number that exists today. This dramatic and rapid increase may be explained by the evolution of image-forming eyes. With the world suddenly in focus for many species, and with an ability to perceive color, the benefit of being able to hide oneself, appear threatening or attractive, and communicate with one's own species or others, became much more acute. The better the vision, the greater the chance of survival.

Drawing on spectacular specimens from the collections of London's Museum of Natural History, Color and Vision looks at the evolution of the eye, the uses of color in nature, from a warning or disguise to an irresistible invitation, and explains how color works. From the first race between hunters and hunted, to the rich color of today's natural world, it traces the intertwined evolutionary history of color and vision.

Color and Vision is an essential selection that will be of interest to popular science and natural history readers, amateur naturalists, and researchers.