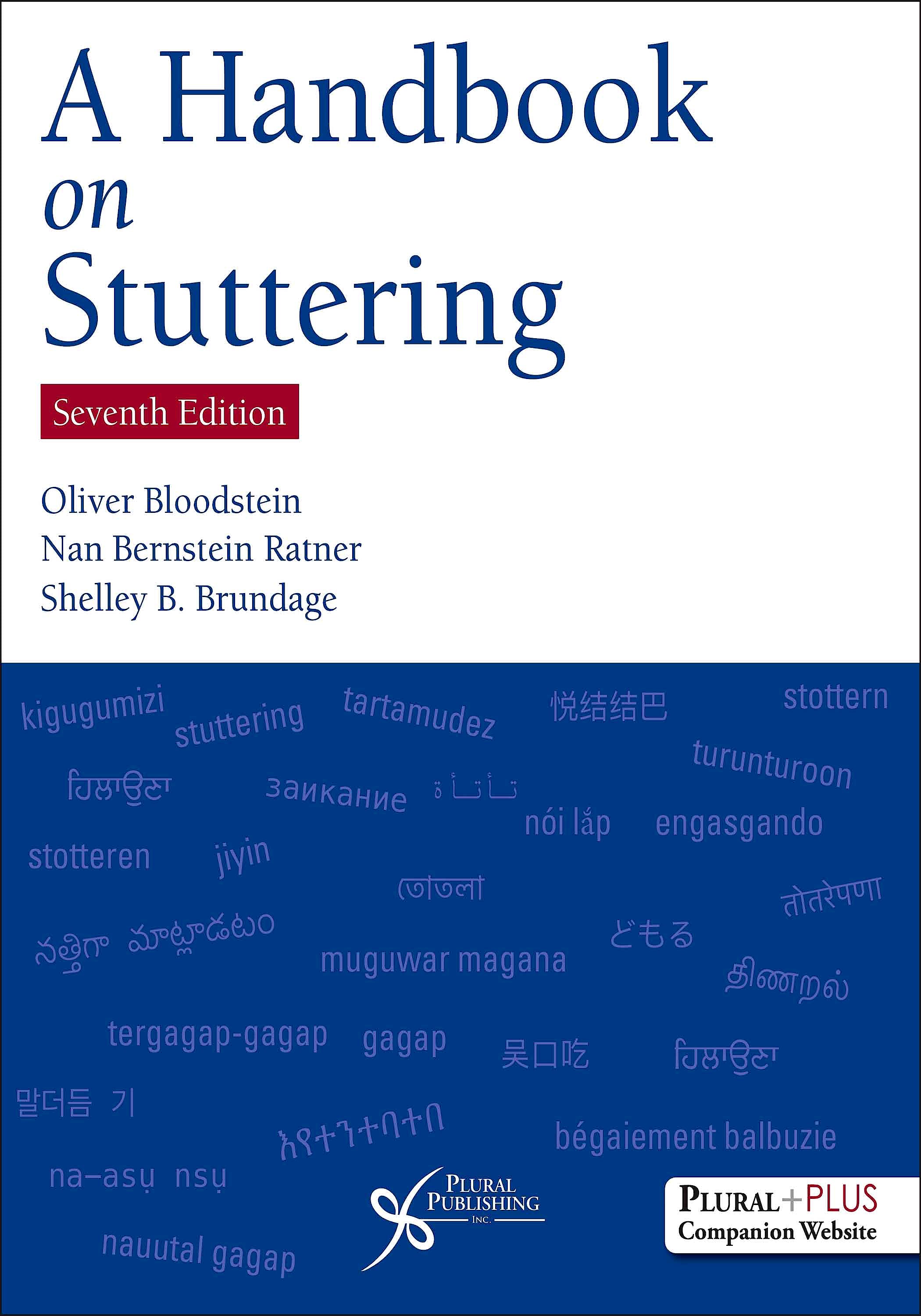 A Handbook on Stuttering

Section I. Understanding the Nature of Stuttering

The revised edition of A Handbook on Stuttering continues its remarkable role as the authoritative, first-line resource for researchers and clinicians who work in the field of fluency and stuttering. Now in its seventh edition, this unique book goes beyond merely updating the text to include coverage of roughly 1,000 articles related to stuttering research and practice that have been published since 2008. This extended coverage integrates the more traditional body of research with evolving views of stuttering as a multi-factorial, dynamic disorder.

Comprehensive, clear, and accurate, this text provides evidence-based, practical information critical to understanding stuttering. By thoroughly examining the intricacies of the disorder, A Handbook on Stuttering, Seventh Edition lays the foundation needed before considering assessment and treatment.

Oliver Bloodstein, PhD, was emeritus professor of speech and former director of the program in speechlanguage pathology and audiology at Brooklyn College of the City University of New York. His career was spent in research, teaching, and clinical work on stuttering and he wrote extensively on the subject. He was a Fellow of the American Speech-Language-Hearing Association and the recipient of its highest award, the Honors of the Association.

Nan Bernstein Ratner, EdD, CCC-SLP, is professor in the Department of Hearing and Speech Sciences, University of Maryland at College Park. With degrees in child studies, speech-language pathology, and applied psycholinguistics, she is the editor of numerous volumes and author of numerous chapters and articles addressing stuttering as well as child language acquisition/disorders. Dr. Bernstein Ratner is a Fellow of the American Speech-Language-Hearing Association. In 2006, she was presented with the Distinguished Researcher Award by the International Fluency Association. She is pleased to be joining with Oliver Bloodstein in this edition of the Handbook, since his work was the primary inspiration for her first research study and professional publication. She hopes someday to inspire others to the degree that he has inspired her.

Shelley B. Brundage, PhD, CCC-SLP, BCS-F, is professor and chair in the Department of Speech, Language, and Hearing Sciences at George Washington University in Washington, DC. Her research focuses on the use of virtual reality in stuttering assessment and treatment as well as using technology to improve clinical learning. Dr. Brundage is a Fellow of the American Speech-Language-Hearing Association. In 2015, she received the Knowledge Development and Innovation Award by the International Fluency Association and in 2017 was recognized with the Alumni of Notable Achievement Award by the University of Minnesota. She is gratified to be a part of the Handbook, particularly given that Nan Ratner was the person who first got her interested in stuttering.