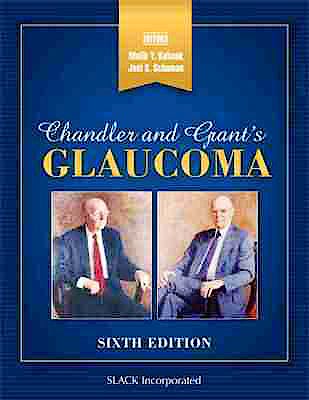 Chandler and Grant’s Glaucoma—one of the field’s seminal texts on the medical practice and surgical management of glaucoma, now in its Sixth Edition—includes the latest updates in an area that is currently experiencing a surge of innovation.

Edited by Drs. Malik Y. Kahook and Joel S. Schuman and with contributions from the late David L. Epstein and more than 80 contributors, Chandler and Grant’s Glaucoma, Sixth Edition brings together the experience of world-class glaucoma experts who belong to a long line of surgeons trained using the teachings of the original authors of this classic work.

Each chapter has been meticulously edited and updated from the previous edition, while maintaining the well-established historical teachings of Drs. Paul A. Chandler and W. Morton Grant. New chapters on medical therapy as well as thorough updates on novel and minimally invasive approaches for the surgical management of glaucoma have been added.

New topics and features in the Sixth Edition include:

Chandler and Grant’s Glaucoma has been the most relevant and invaluable reference on glaucoma for generations of ophthalmologists. This updated Sixth Edition builds on the teachings of previous editions, making the Sixth Edition as relevant in the 21st century as when the first lectures were presented by Drs. Chandler and Grant more than 55 years ago.