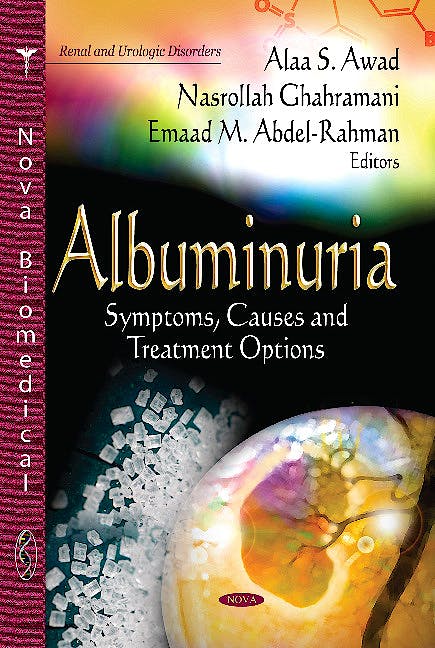 Albuminuria may not only serve as an early marker of advanced disease, but may also serve as a predictor of disease progression and poor outcome. This fact makes this book very crucial and timely. The book is composed of ten chapters written by experts from seven different countries. It is well classified to serve its purpose, divided in three broad sections. The first section deals with the clinical evaluation and implications of albuminuria. It also covers the molecular, cellular and biochemical basis of albuminuria. The second section is geared towards albuminuria noted in special clinical conditions; diabetic nephropathy, cardiovascular diseases, resistant hypertension and following renal transplantation and exercise. The third and final section covers albuminuria among the extremes of age; both the paediatric and the fastest growing elderly group.