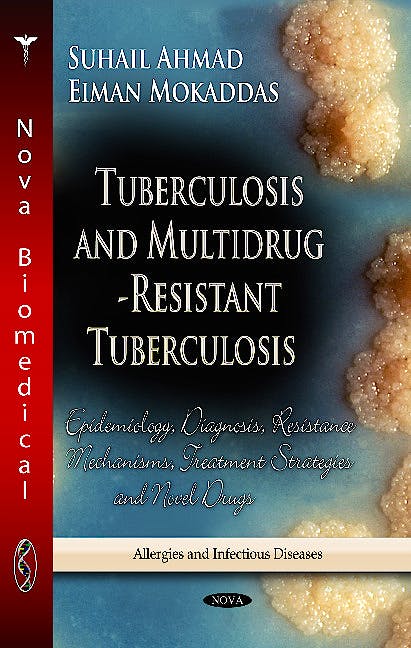 Tuberculosis (TB), causing nine million active disease cases and 1.5 million deaths every year, is a formidable public health challenge, particularly in poor and developing countries around the world. Major reasons for global burden of TB include association of active disease with human immunodeficiency virus (HIV) coinfection or other underlying immunosuppressive conditions such as diabetes and increasing incidence of drug-resistant, multidrug-resistant (MDR) (resistant at least to rifampicin and isoniazid) and extensively drug-resistant (XDR) (additionally resistant to a fluoroquinolone plus kanamycin/amikacin/capreomycin) strains of M. tuberculosis. While treatment of drug-susceptible TB is effective in >95 percent of disease cases, supervised therapy for >6 months is challenging. Inadequate/inappropriate therapy due to inability of poor patients to pay for drugs and non-adherence to treatment (regimen and duration) often results in much lower cure rates and evolution of drug-resistant strains of M. tuberculosis due to mutations occurring at a predictable rate in genes encoding drug targets. Sequential accumulation of mutations results in evolution of MDR and XDR strains of M. tuberculosis. Today, drug-resistant TB and MDR-TB have become prevalent in many parts of the world and XDR-TB strains are emerging rapidly. While MDR-TB is difficult to treat, XDR-TB is untreatable in most developing countries.