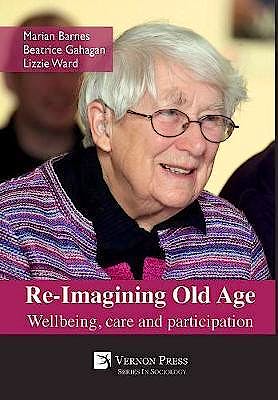 The understanding that humans are relational beings is central to the development of an ethical perspective that is built around the significance of care in all our lives. Our survival as infants is dependent on the care we receive from others. And for all of us, in particular, in older age, there are times when illness, emotional or physical frailty, mean that we require the care of others to enable us to deal with everyday life.

With this in mind, this book presents the findings of a project that seeks to understand what well-being means to older people and to influence the practice of those who work with older people. Its starting point was a shared commitment amongst researchers and an NGO collaborator to the value of working with older people in both research and practice, to learn from them and be influenced by them rather than seeing them as the 'subjects' of a research project.

Theoretically, the authors draw upon a range of studies in critical gerontology that seek to understand how experiences of ageing are shaped by their social, economic, cultural and political contexts. By employing a broad body of work that challenges normative assumptions of 'successful' ageing, ' the authors draw attention to how these assumptions have been constructed through neo-liberal policies of 'active ageing.' Notably, they also apply insights from feminist ethics of care, which are based on a relational ontology that challenges neo-liberal assumptions of autonomous individualism.

Influenced by relational ethics, they are attentive to older people both as co-researchers and research respondents. By successfully applying this perspective to social care practice, they facilitate the need for practitioners to reflect on personal aspects of ageing and care but also to bridge the gap between the personal and the professional.