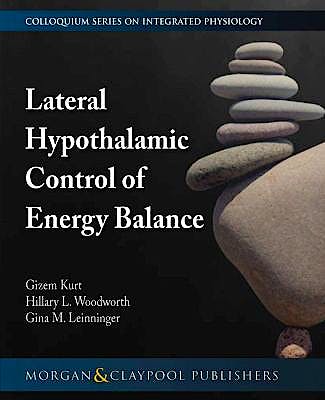 Food and water are necessary for survival, but can only be obtained via ingestive behavior (feeding, drinking, and moving). Survival thus depends on the ability of the brain to coordinate the need for water and energy with appropriate behaviors to modify their intake as necessary for homeostasis. However, the balance of these behaviors also inherently determines body weight, and imbalances contribute to the development of weight disorders, such as obesity and anorexia nervosa. The lateral hypothalamic area (LHA) of the brain is anatomically positioned to coordinate the sensation of osmotic and energy status with goal-directed ingestive behaviors necessary to maintain homeostasis and body weight, and, hence, may hold insight into the potential treatment for energy balance disorders. This volume reviews the essential role of the LHA for the control of body weight, from its historical description as a "feeding center" to the current view of this LHA as a cellularly heterogeneous hub that regulates multiple aspects of physiology to influence body weight. Furthermore, we evaluate how specific LHA populations coordinate certain metabolic cues and behaviors, which may guide the development of pathway-specific interventions to improve the treatment of energy balance disorders.

Gizem Kurt is a Ph.D. candidate in Physiology at Michigan State University under the mentorship of Dr. Gina M. Leinninger. She received her B.S. in Molecular Biology and Genetics from Middle East Technical University, Turkey, in 2011 and her M.S. in Biology from Middle East Technical University, Turkey, in 2014. Her current Ph.D. research focuses on regulation of ingestive behaviors by lateral hypothalamic area neurotensin-expressing neurons.

Dr Hillary Woodworth is a student in the M.D./Ph.D. program at Michigan State University. After earning a B.S. in Nutritional Science from Michigan State, she went on to join the M.D./Ph.D. program under the mentorship of Dr. Gina Leinninger where her dissertation examined how the neuropeptide, neurotensin, regulates energy balance via mesolimbic dopamine circuits. Her project was funded by an F30 pre-doctoral fellowship from the NIDDK, and she has received travel awards to attend national meetings of the Endocrine Society and the Society for Neuroscience. Upon completion of her medical training, she plans to pursue a career that combines clinical medicine with basic science to improve treatment of neuropsychiatric disease.

Dr Gina M. Leinninger is an Assistant Professor in the Department of Physiology at Michigan State University (MSU) in East Lansing, Michigan. She earned a B.S. in Chemistry at the University of Michigan–Flint, followed by a Ph.D. in Neuroscience from the University of Michigan–Ann Arbor. After completing her postdoctoral work in the laboratory of Dr. Martin Myers Jr. at the University of Michigan, she joined the MSU faculty in 2012. Dr. Leinninger's laboratory studies show that neuronal circuits in the brain modify feeding, physical activity, and other behaviors to regulate body weight, particularly focusing on the role of the lateral hypothalamic area in these processes. The long-term goal of her work is to understand how communication between the brain and body is disrupted to promote the development of energy balance disorders, such as obesity or anorexia, and potential circuits amenable for treatment of these diseases. She combines cutting edge molecular and viral tools to define the mechanisms by which specific types of neurons modulate ingestive and locomotor behaviors that impact body weight. Her research program is funded by the National Institutes of Health (NIH), and she has authored over 30 peer reviewed publications.

D. Neil Granger, Ph.D., is Boyd Professor and Head of the Department of Molecular and Cellular Physiology at the LSU Health Sciences Center in Shreveport, Louisiana. His current research is focused on the role of the microcirculation in acute and chronic inflammation, and how risk factors for cardiovascular disease influence microvascular function. Granger has served on the editorial boards of the Heart & Circulation, GI & Liver, and Cell sections of the American Journal of Physiology, as well as Circulation Research, Microcirculation, Shock, Pathophysiology, Free Radical Biology & Medicine, Lymphatic Research and Biology, and Nitric Oxide Biology & Chemistry. He was Editor-in-Chief of Microcirculation and an Associate Editor of the American Journal of Physiology: GI & Liver Physiology.

Dr. Granger was a member of the Clinical Sciences-2, Cardiovascular & Renal, and General Medicine-A2 Study Sections and the Gastrointestinal Mucosal Pathobiology Study Sections. He also served on several peer review panels and policy committees for the American Heart Association, the Research Committee of the American Gastroenterological Association, the Board of Directors of the Federation of American Societies for Experimental Biology, and the Physiology Test Committee of the National Board of Medical Examiners. Granger served as President of the American Physiological Society (APS) and the Microcirculatory Society (MCS).

Joey P. Granger, Ph.D., is the Billy S. Guyton Distinguished Professor, Professor of Physiology and Medicine, Director of the Center for Excellence in Cardiovascular Renal Research, and Dean of the School of Graduate Studies in the Health Sciences at the University of Mississippi Medical Center in Jackson, MS. He earned his doctorate from the University of Mississippi School of Medicine in 1983.