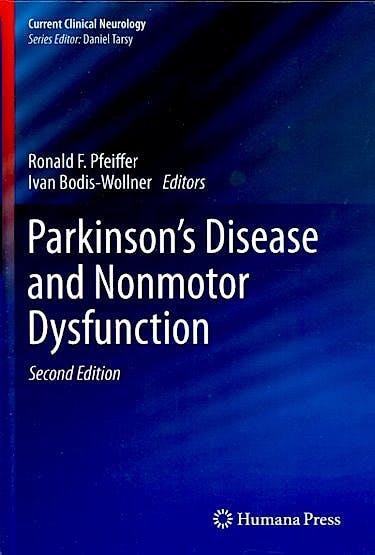 The first edition of Parkinson’s Disease and Nonmotor Dysfunction was published in 2005 to provide a source of detailed information that could be readily accessed by the practicing physician. The widely praised first edition described and explained these nonmotor features that had at that point received insufficient attention both in the medical and in the lay literature. Since the publication of the first edition, awareness and knowledge of the nonmotor features of PD has dramatically expanded, calling for a new edition of this important title. Timely, fully updated and expanded, Parkinson’s Disease and Nonmotor Dysfunction, Second Edition, offers a state-of-the-art overview of the topic from the same talented group of experienced researchers and clinicians who were the driving force behind the first edition. Importantly, a range of additional aspects of nonmotor dysfunction in PD -- such as dermatological, vestibular, and dental dysfunction -- have been included in this second edition, which remains subdivided into five diverse domains: Behavioral abnormalities, autonomic dysfunction, sleep-related dysfunction, sensory dysfunction, and other aspects of PD such as oculomotor dysfunction, fatigue, and maxillofacial issues. An invaluable contribution to the literature in movement disorders, this revised and expanded collection of contributions by an even larger contingent of superbly knowledgeable authors will further increase awareness of the manifold contributions that nonmotor features may make to the collective clinical picture experienced by the patient with PD.