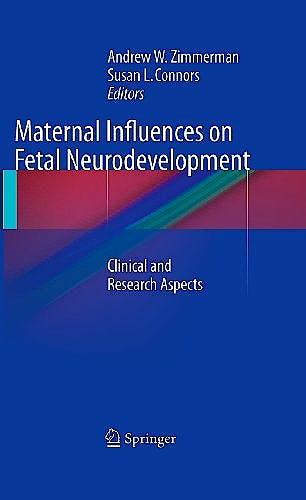 The study of maternal influences on the intrauterine environment as they relate to the developing fetal brain promises to be an important area of study. Findings in this area may make it possible to delineate the prenatal mechanisms that affect ongoing cell programming in the fetus and lead to neurodevelopmental disorders. Maternal Influences on Fetal Neurodevelopment: Clinical and Research Aspects advances the field by discussing a wide range of issues impacting several neurodevelopmental disorders. These include ADHD, autism, schizophrenia, bipolar disorder and obsessive-compulsive disorder. Of value to practitioners and researchers in the areas of pediatric neurology, obstetrics and gynecology, fetal physiology, neuroscience, genetics, developmental medicine, perinatology, toxicology and developmental psychology, Maternal Influences on Fetal Neurodevelopment: Clinical and Research Aspects joins together research from various disciplines and demonstrates interrelated and common themes that can direct current and future multidisciplinary research and clinical care.

“This interesting book examines an extremely pertinent topic in obstetrics, the gene-environment interplay and its effects on the developing human brain. … Clearly the authors have done a good job of reviewing relevant literature as well as provoking new ideas. … The audience includes clinicians and scientists interested in the fetal origin of disease. … this is an interesting book about a worthwhile topic in obstetrics. … it is a worthwhile contribution to the field.”
(Anthony Shanks, Doody’s Review Service, December, 2010)