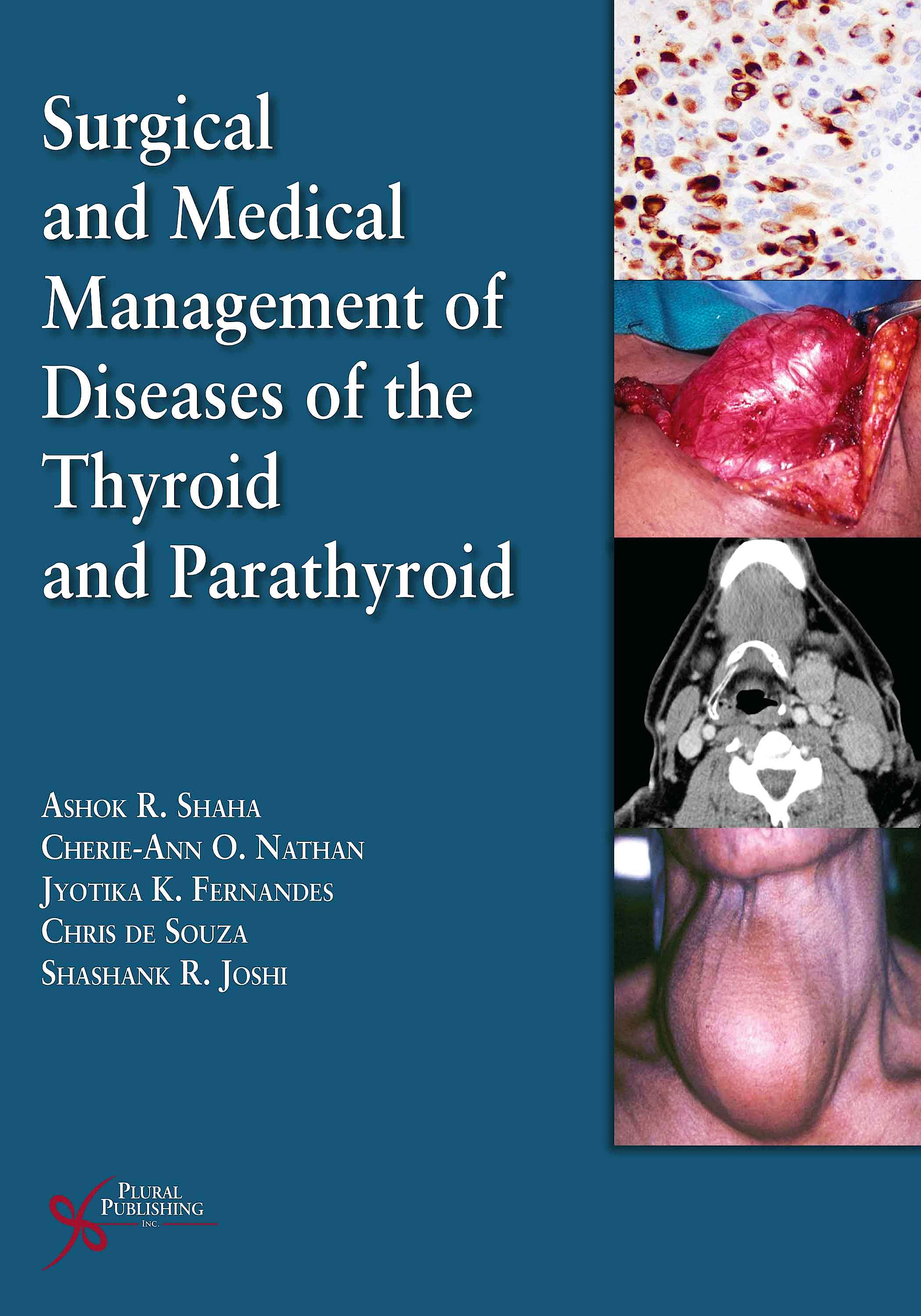 Surgical and Medical Management of Diseases of the Thyroid and Parathyroid

Surgical and Medical Management of Diseases of the Thyroid and Parathyroid features authoritative, in-depth, and controversial issues of diseases of the thyroid and parathyroid in a clear and balanced manner. It covers the entire spectrum of diseases as well as the array of problems faced by medical personnel dealing with them. Many practitioners have to refer to multiple books for answers to their questions because the discipline is changing so rapidly. The basic sciences of diseases of the thyroid and parathyroid are complex, but this text makes them easy to understand. Issues like when to use a PET scan and molecular biology are given clarity.

Cherie-Ann Nathan, MD, FACS, is the Jack Pou Endowed Professor and Chairman of the Department of Otolaryngology/Head and Neck Surgery at LSU-Health in Shreveport. She is also Director of Head and Neck Oncologic Surgery and Research at the Feist-Weiller Cancer Center. She completed her Otolaryngology/Head and Neck Surgery residency and head and neck fellowship in 1995 at University of California, San Diego. She was a post-doctoral fellow at Johns Hopkins where she started her research career. Following her fellowship, she began her academic career at LSU-Health Sciences Center , Shreveport.

Chris de Souza MS, DORL, DNB, FACS, FRCS trained at the University of Minnesota with Dr. Michael Paparella, and completed his externship in otology and neurotology with Dr. Michael Glasscock and Dr. C. Gary Jackson at Baptist Hospital in Nashville, Tennessee. He furthered his training in India and was given the gold medal in the DORL exam from the College of Physicians and Surgeons in Mumbai, India. In 1995, Dr. de Souza was the second person in the world to be awarded the Orbit Silver Medal for his work on the nose, paranasal sinuses, and skull base. He was appointed visiting assistant professor of Otorhinolaryngology-Head and Neck Surgery at the State University of New York, Brooklyn and also at the Louisiana State University Health Science Center, Shreveport, where he has conducted temporal bone surgery workshops. He has held these appointments for the past 16 years. Dr. de Souza has published extensively in internationally peer-reviewed journals and several of his publications are considered landmark papers. He has published 18 postgraduate ENT medical textbooks in the United States, Germany, and India. Currently, he is editor-in-chief of the International Journal of Head and Neck Surgery. Dr. de Souza's current clinical appointments include senior ENT consultant at Lilavati Hospital, Tata Memorial Hospital, Holy Family Hospital, and the Holy Spirit Hospital in Mumbai, India, and he is also the coordinator for implantable hearing devices in children and adults at Holy Family Hospital.

Shashank R. Joshi, MD, DM, FRCP, FACE, FACP, FICP is the President, API (Association of Physicians of India), President of Indian Academy of Diabetes, and Past President of RSSDI (Research Society for Study of Diabetes in India). He is also an endocrinologist at Lilavati and Bhatia Hospitals. He is on the faculty at Grant Medical College and Sir JJ Group of Hospitals in Endocrinology. Dr. Joshi is a practicing endocrinologist and diabetologist who has topped all years of MBBS, MD, and DM with Gold Medals. He is a Fellow of the American College of Endocrinology, American College of Physicians and the Royal College of Physicians (Glasgow and Edinburgh). He has more than 600 research publications to his credit. He is the Hon. Emeritus Editor of JAPI (Journal of The Association of Physicians of India), and former editor of the Indian Journal of Obesity, Indian Journal of Endocrinology and Metabolism, and Indian Journal of Clinical Pharmacology and Therapeutics as well as several other leading medical journals. He is affiliated with several leading hospitals, including Lilavati and Bhatia Hospitals, Association of Advancement for Research in Obesity, IASO Affiliate), Chapter Chair (India), and American Association of Clinical Endocrinology (AACE). He is visiting faculty to several Indian and international universities. Dr. Joshi is actively involved with evidence-based work in endocrinology including diabetes, obesity, thyroid, osteoporosis, and growth. He was awarded “International Clinician of the Year 2012” by the American College of Endocrinology. He has been conferred “Padma Shri” in 2014 by the Government of India.