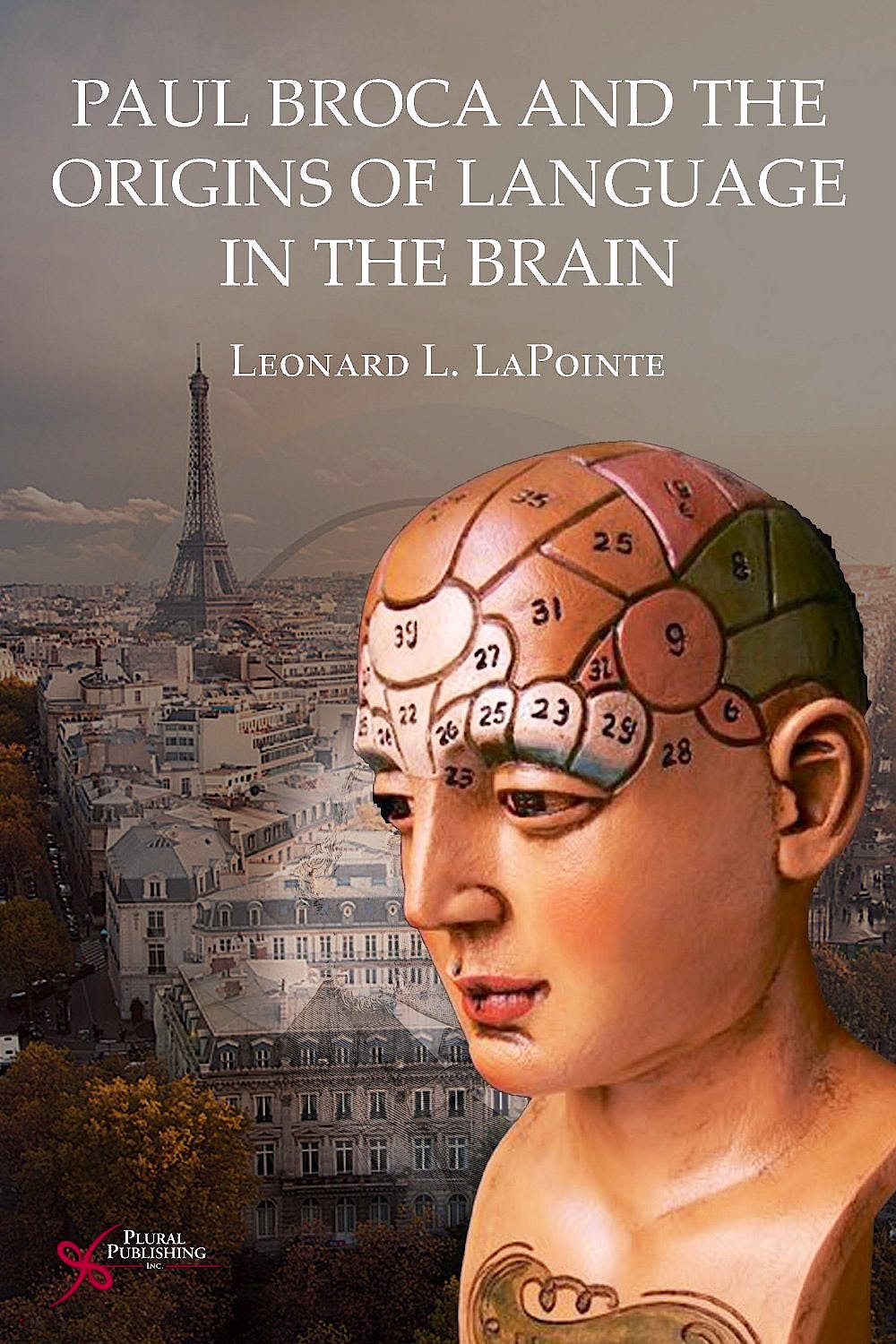 Paul Broca and the Origins of Language in the Brain

Pierre Paul Broca was a child prodigy. He fulfilled his promise by becoming a brilliant neurologist, surgeon, and anthropologist. Perhaps his most lasting contribution to neuroscience was his proposal that the third frontal convolution of the left cerebral hemisphere of the brain is the seat of that most human attribute, the production of articulate speech and language. This notion was advanced by detailing the autopsy findings, with quite evident and circumscribed lesions, in the brains of his two now famous cases, Leborgne (known as “Tan,” for that is all he could say) and Lelong. Broca’s presentations were milestones in the history of the neuroscience of language and the brain, but they were only more defined echoes of ideas that had preceded him.

Undergraduate and graduate students as well as practicing professionals and clinicians in psychology, neurolinguistics, cognitive psychology, communication science and disorders, neurology, neurosurgery, neuropsychiatry, nursing and health-related professions, and philosophy of science will be interested in this book. It is different from others like it in that it presents aspects of the personal lives of these French brains who sparked the notion of a place in the brain for human language. It embraces a more empathic and humanistic approach to understanding people and their disorders as well as to what may drive the process of science and patients as “specimens.”

Descartes: Reason and the Scientific Method

Chapter 4. Relics of Aphasia: The Artifacts of Lost Words

Liepmann and Apraxia
Time for Lichtheim
Strange Words Recalled in Literature
Larrey: An Unlikely Aphasiologist
Lordat: Alalia and Early Accounts of Aphasia
Bateman, Leeches, and Other Novel Descriptions of Aphasia

A Wondrous and Dreadful Machine

Dr. Guillotin: Severer of French Heads
A Look of Astonishment
French Turbulence: Kings and Revolutions
Napoleon and the 19th Century

Chapter 9. A Massive Thesis and Graduation

The Legendary French Brains
Leborgne
Conclusions After Examining “Tan” Leborgne’s Brain
Lelong
Pictures at an Exhibition
Broca on Language, Articulated Speech, and Aphemia
Precedence and the Pair a Dax
Much Earlier Precedence on Hemispheric Specialization and Localization

Priority and Precedence with a Modicum of Appreciation
Limbic System
Cancer
Broca and Handedness
Anthropology
The French Anthropology Society: A Venue for Pioneering Presentations and Debate
School of Anthropology
Cornflowers and Hybrids
Genetic Interruption
Anthropometry and Cephalametrics
Controversy and Racism

Appendix A. Green Translation of Broca’s 1861 Paper on the Faculty of Articulated Language

Appendix D. Permission to Access the Collections of the Musee de l’Homme, Paris

Leonard LaPointe, PhD
Leonard L. LaPointe, PhD, received his bachelor’s degree from Michigan State University and his master’s and doctoral degrees from the University of Colorado. He is a Francis Eppes Distinguished Professor of Communication Science and Disorders at Florida State University in Tallahassee. Dr. LaPointe has served invited visiting professorships in Australia, Hong Kong, and New Zealand, and also lectures worldwide.