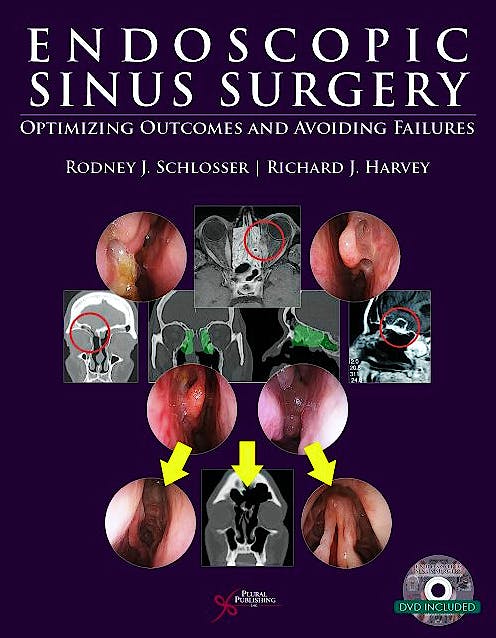 The goal of this textbook is to highlight areas from the broad spectrum of rhinology, beginning with the initial history and physical examination through the diagnostic work up, medical and surgical management and identification of potential pitfalls that may arise in order to minimize treatment failures. The authors of these chapters represent a generation of dedicated rhinologists who build upon the contribution to the field by pioneers in rhinology. They have provided their expertise and insight into common mistakes in order to aid the reader in improving treatment outcomes for their patients.

From the 1990s, the subspecialty of rhinology has evolved faster than any other area within otolaryngology. Only in recent history, the primary pathophysiology of chronic rhinosinusitis was be believed to be primarily a result of structural obstruction of the osteomeatal complex with subsequent bacterial infection. Treatment algorithms revolved around systemic antibiotics and medical failures were treated with removal of diseased mucosa using non-physiologic surgical approaches. We have now gained a better understanding of the heterogeneous nature of chronic rhinosinusitis and the complex interaction between local and systemic immunity, impaired mucociliary clearance and the potential role for a variety of external insults to include bacteria, fungi, and other noxious stimuli. While surgery still plays a major role in the treatment of inflammatory disease, it is now performed in a physiologic fashion and its role as an adjuvant to aid in the delivery of novel topical therapies is better appreciated.

In parallel with technological advancements for use in inflammatory disorders, rhinologists pushed the envelope in the surgical treatment of neoplastic disorders of the skull base and paranasal sinuses. Minimally invasive approaches in collaboration with other specialities, notably ophthalmologists and neurosurgeons, have resulted in the nascent field of neurorhinology, which is still in its infancy and will undoubtedly continue to evolve.

In spite of these tremendous advances in rhinology and greatly improved success, doctors are still faced with difficult patients and failures of standard approaches. If we do not learn from our failures, we are destined to repeat them.