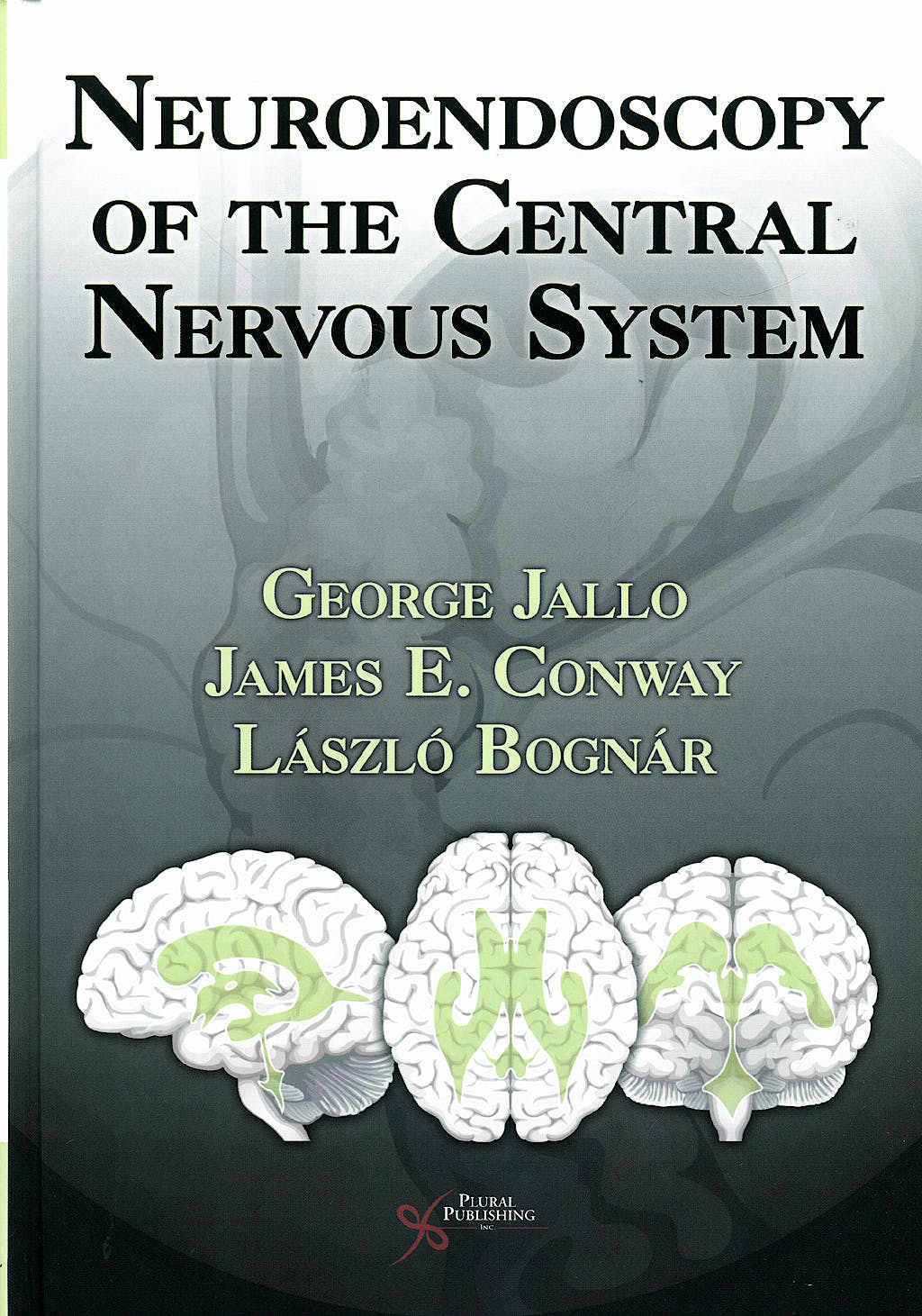 Neuroendoscopy of the Central Nervous System

The introduction of the endoscope for neurosurgical procedures began with great promise. It was developed to provide a magnified anatomical view of the ventricular system in a minimally invasive manner. The early endoscopes were too primitive for the majority of procedures performed today. The advent of illumination, optical systems, and modern endoscopes allow the neurosurgeon to perform these previously inoperable cases. This book introduces all aspects of the modern endoscope system, physics of optics, and all the techniques of intracranial neuroendoscopy. This is a must-have book for all levels of surgeons, residents, operating room staff, and anyone who wants to learn about endoscopy and its potential applications.

George Jallo, M.D., received his medical degree from the University of Virginia in 1991 and completed his residency at New York University Medical Center-Bellevue Hospital in New York City in 1998. After completing advanced fellowship training in Pediatric Neurosurgery under the tutelage of Dr. Fred Epstein at Beth Israel Medical Center, he served as a staff neurosurgeon. Currently, Dr. Jallo is an Associate Professor of Neurosurgery, Pediatrics and Oncology at Johns Hopkins University where he is also the Clinical Director of Pediatric Neurosurgery. He specializes in minimally invasive surgical techniques, such as endoscopy, and key-hole surgery, and is also a world authority on intramedullary spinal cord tumors and intraoperative neurophysiological monitoring. He has received numerous awards both institutionally and nationally for his work in the field of pediatric neurosurgery. His research interests are brainstem and spinal cord tumors in animal models.

James E. Conway, M.D., Ph.D., received his medical degree from the Johns Hopkins University School of Medicine and completed his residency in neurosurgery at the Johns Hopkins Hospital. During his training, he has concentrated on neuro-oncology and been an NIH-funded neuro-oncology fellow. Currently, he is director of skull base neurosurgery and cerebrovascular neurosurgery at the Brain and Spine Institute at Sinai Hospital, Baltimore, Maryland where he specializes in neuro-oncology and skull-base surgery. He is particularly interested in the applications of minimally invasive surgical techniques such as endoscopy to these fields. His research interests include anatomic studies of skull base approaches and their clinical applications.

László Bognár, M.D., is Chairman and Director of the Neurosurgery Clinic and Gamma Unit at Debrecen University (DEOEC), Hungary; acts as an advisor and consultant neurosurgeon at the National Institute of Neurosurgery of Hungary; and is currently the President of the College of Hungarian Neurosurgeons. Formerly the Head of the Pediatric Neurosurgical Department in the National Institute of Neurosurgery of Hungary, he has also held positions in France, including the Hôpital Foch. He is massively experienced in pediatric neurosurgery and neuro-oncology and is published extensively in these fields.