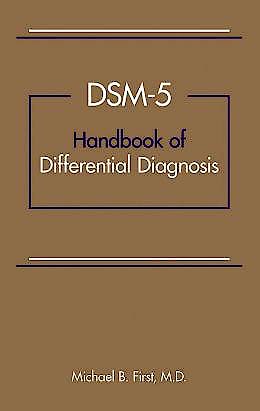 The DSM-5™ Handbook of Differential Diagnosis is the preeminent guide to differential diagnosis for both clinicians and students learning psychiatric diagnosis. Based closely on the Diagnostic and Statistical Manual of Mental Disorders, Fifth Edition, it offers a rich selection of perspectives in an easy-to-use format. The author, an expert on psychiatric diagnosis and assessment, recognizes that psychological distress cannot be reduced to a rubric. The clinician must have empathy, listening skills, the ability to identify symptoms and contextualize them, and a familiarity with the body of knowledge represented by DSM-5™. The handbook brings these critical skills together in a well-written, accessible, and reader-friendly volume that is grounded in the latest research and standard of practice.

The handbook offers an assortment of approaches to differential diagnosis, and a number of features designed to benefit clinicians in the exam room, including:

DSM-5™ Handbook of Differential Diagnosis provides a comprehensive overview of the process of diagnosing DSM-5™ disorders while serving as a reference guide to assist in the differential diagnosis of individual patients. The handbook is an invaluable addition to the DSM-5™ collection and an important contribution to the mental health profession.