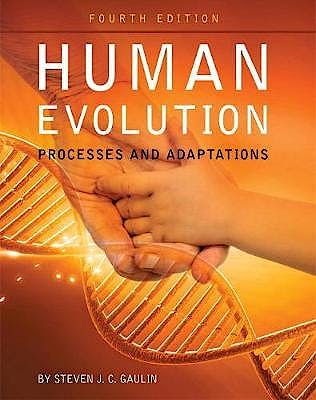 Human Evolution: Processes and Adaptations is designed for introductory courses in biological anthropology. The book develops the theory and methods of the modern evolutionist and, with many clear examples, shows how to apply them to make sense of the biological traits that define our species. Featuring a scientific, issue-oriented perspective on human evolution - how it works, what it can and cannot do, and what it reveals about human nature - this textbook uses engaging analogies to make current research accessible to beginning students. This fourth edition includes new or expanded chapters on fossils and on genetics.

More than a mere survey of the requisite topics, this book weaves the threads of natural selection, genetics, adaptation, speciation, classification, fossils, and human behavior into a coherent picture where each element usefully illuminates the others. In an approachable 250 pages, students learn not just the subject matter of biological anthropology, but acquire an evolutionary tool kit they can use to explore any biological question. Use of this tool kit is modeled through analyses that are of topical interest to the students, such as sex and sexuality. Human Evolution is a fresh, stand-alone text with key concepts depicted in more than 90 illustrations, and is designed to stimulate instructors and students alike.

Steven J. C. Gaulin earned his Ph.D. in biological anthropology at Harvard University, and is currently a professor in the Integrative Anthropological Sciences Program at the University of California, Santa Barbara. Dr. Gaulin has authored more than 100 scholarly articles, served for a decade as editor-in-chief of Evolution and Human Behavior, and recently won his university's highest teaching award.