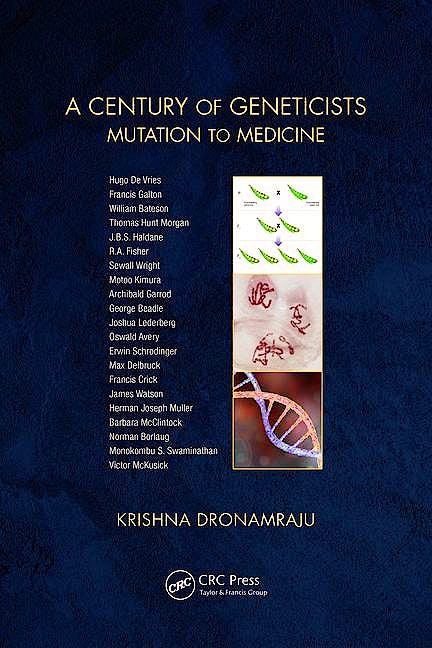 A Century of Geneticists. Mutation to Medicine

Genetics, like all scientific disciplines, is a human endeavor. Thus, the lives of geneticists - their friendships, colleagues and associations - play an important role in the historical development of the science. This book summarizes the history of genetics by reviewing the lives of the prominent and influential researchers beginning with the earliest and simplest branches of genetics (studies of inheritance and mutation) and ending with the human genome project - the pinnacle of genetics research of the 20th century.

Dr. Krishna Dronamraju is the author of twenty books and two hundred papers in Genetics and Biotechnology . He received his Ph.D. in Human Genetics while working with the famous scientist JBS Haldane at the Indian Statistical Institute. He received advanced training at University College London and Johns Hopkins School of Medicine, as well as a postdoctoral fellowship in genetics at the University of Alberta. In the United States, he served on the Recombinant DNA Advisory Committee of the National Institutes of Health for several years. He was a member of the U.S. Presidential delegation to India in 2000. He chaired and delivered Plenary Session lectures at numerous international conferences in Genomics, Genetics and Biotechnology. Dr. Dronamraju’s research activities include an evaluation of the impact of genetic revolution and genome analysis on human populations. He is President of the Foundation for Genetic Research in Houston, a Visiting Professor of the University of Paris and an Honorary Research Fellow of University College, London.