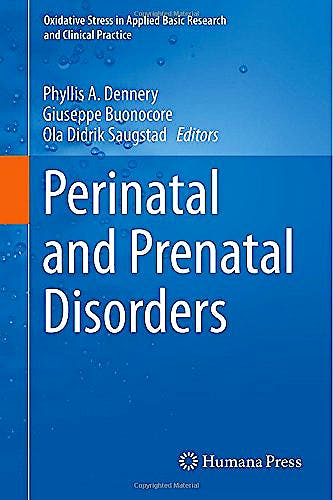 Phyllis A. Dennery, MD, FAAP is a professor of pediatrics at the University of Pennsylvania School of Medicine in Philadelphia, Pennsylvania. She holds the Werner and Gertrude Henle endowed chair in pediatrics at The Children’s Hospital of Philadelphia (CHOP). She is chief of the Division of Neonatology and Newborn Services at CHOP and the University of Pennsylvania Health System. Dr. Dennery obtained her medical degree from Howard University in Washington, D.C., and completed a residency in pediatrics at Children’s Hospital National Medical Center in Washington, D.C., and a fellowship in neonatology at Case Western Reserve University (Rainbow Babies and Children’s Hospital) in Cleveland, Ohio. Dr. Dennery’s research interests are in neonatal oxidative stress, lung chronobiology, and circadian gene regulation; her clinical interests are in neonatal jaundice, bronchopulmonary dysplasia, and the long-term consequences of prematurity.

Professor Giuseppe Buonocore is professor and chairman of the School of Specialization in Pediatrics & Neonatology in the Department of Molecular and Developmental Medicine, University of Siena, Tuscany. He is internationally recognized for his research on hyperbilirubinemia, biomarkers of oxidative stress, free radical–related diseases of the newborn, and the early identification of the fetus and newborn at high risk of brain damage. He is the president of the Union of European Neonatal Perinatal Societies (UENPS), president of the international research foundation Europe Against Infant Brain Injury (EURAIBI), and president of the Tuscan Section of the Italian Society of Neonatology.