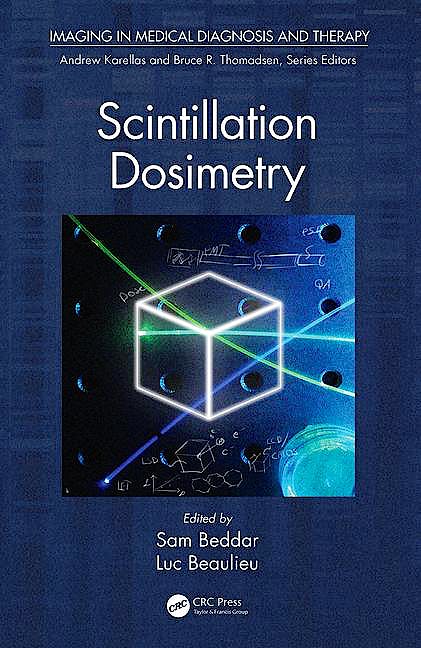 "… fills an important gap in the field of detection. The text is comprehensive, focused, and clearly assembled. Medical physicists will find this an important addition to their reference libraries."
—Paul M. DeLuca, Jr., Emeritus Provost and Professor, Department of Medical Physics, University of Wisconsin, Madison, USA

"… successfully carries the reader from basic principles to advanced medical physics applications. … brings a new understanding of a blossoming field and will become a cornerstone for future advances in scintillation dosimetry."
—Kari Tanderup, PhD, Department of Clinical Medicine and Department of Oncology, Aarhus University, Denmark

"Excellent source for not only organic scintillator dosimetry fundamentals, but also its application to radiation oncology dosimetry. I have particularly enjoyed the comparisons with other detector systems. I would recommend [this book] not only to those medical physicists interested in the use of scintillator detectors, but also to those that can be updated in dose measurements for beam characterization, pretreatment verifications, and in vivo dosimetry both in external beam radiotherapy and brachytherapy."
—Núria Jornet, PhD, Hospital de la Santa Creu i Sant Pau, Barcelona, Spain

"I welcome an exciting new book in this eminent series; [a book] on the timely topic of scintillation dosimetry. The book covers basic principles and a wide range of applications that many will find of great interest."
—Frank Verhaegen, Professor and Head of Clinical Physics Research, MAASTRO Clinic, Maastricht, Netherlands

Luc Beaulieu, PhD, is a professor in the Department of Physics and director of the Graduate Medical Physics Program at Université Laval, Québec City, Québec, Canada (part of Canada’s top 10 research universities), as well as a medical physicist and head of the Medical Physics Research Group in the Department of Radiation Oncology, Centre Hospitalier Universitaire de Québec, Québec City, Canada. He is the recipient of numerous awards and has organized many international conferences. Dr. Beaulieu has been the author or coauthor of more than 185 articles published in refereed journals. He has served as president of the Canadian Organization of Medical Physicists and is an active member of the American Association of Physicists in Medicine, American Society for Therapeutic Radiology and Oncology, European Society for Radiotherapy and Oncology, and American Brachytherapy Society. Dr. Beaulieu’s research interests include image-guided brachytherapy, Monte Carlo dose calculation methods, and detector development.