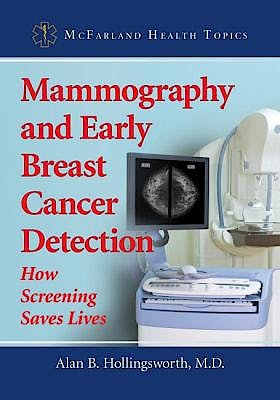 Early detection of breast cancer is critical. Yet efforts to cut back on mammography or even stop screening altogether have been gaining ground in the medical community's decades-long debate over testing and treatment. It is not a purely scientific debate-back-roompolitics and hidden agendas have played as much a role as clinical data, leading to some surprising conclusions.

Written by one of the first physicians in the country to specialize in breast cancer risk assessment, genetic testing and high-risk interventions, this book focuses on the screening controversy and explains the arguments used on both sides. The author covers the historyof screening, from the first mobile unit on the streets of Manhattan to the cutting edge imaging technology of today.

Alan B. Hollingsworth, M.D., serves as Medical Director of Mercy Breast Center, a screening and diagnostic facility at Mercy Hospital, Oklahoma City, USA. He received his MD with Distinction from the University of Oklahoma College of Medicine in 1975 where he waselected First vice-president of Alpha Omega Alpha Honor Medical Society. He completed a residency in general surgery at the University of Oklahoma that included a one-year fellowship in surgical pathology at UCLA. He limited his practice to breast cancer surgery inthe 1980s and was the founding medical director of Oklahoma's first multidisciplinary breast clinic at his alma mater where he was also named as the first Holder of the G. Rainey Williams Chair in Surgical Breast Oncology. He was one of the first physicians in the country to begin a formal risk assessment program in 1993, and today his practice is limited to risk assessment, genetic testing, and multimodality screening for high-risk patients.