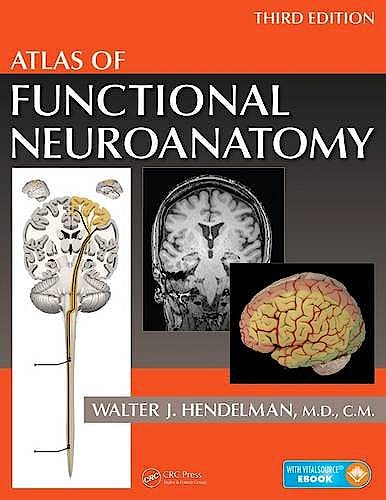 Understanding how the brain is organized and visualizing its pathways and connections can be conceptually challenging. The Atlas of Functional Neuroanatomy, Third Edition addresses this challenge by presenting a clear visual guide to the human central nervous system (CNS). This edition has been completely reorganized to facilitate learning the structure and function of the CNS. The material is suitable for medical students, non-neurology residents, and other health professionals who seek a solid understanding of the brain.

An accompanying Web site (www.atlasbrain.com) includes the book’s illustrations along with rollover labeling, animation of the pathways and connections, a glossary, and narrated video demonstrations of the brain.

Walter J. Hendelman, MD, CM, is a professor emeritus of the Faculty of Medicine at the University of Ottawa in Canada. Dr. Hendelman completed his medical studies at McGill University in Montreal. His research career on brain development included membership in various neuroscience and anatomy professional organizations, presentations at scientific conferences, and publications of his research findings. Dr. Hendelman has been deeply engaged as a teacher of neuroanatomy and has developed resources to learn the structure and function of the human brain, including authorship of the Atlas of Functional Neuroanatomy (and its Web site) and co-authorship of The Integrated Nervous System.