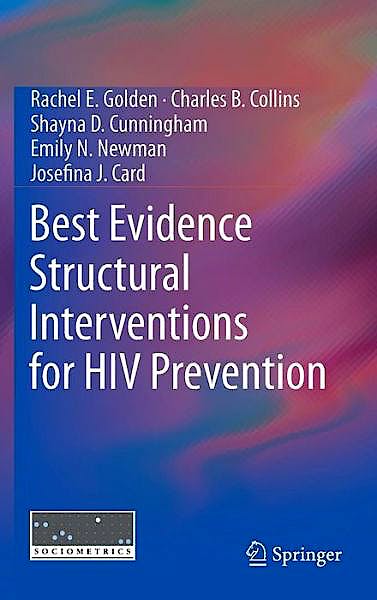 In the fourth decade of the HIV epidemic, the signs are both encouraging and alarming: fewer people are dying, and more people are living longer with the help of powerful antivirals, yet many areas of the world are seeing new cases on the rise.

Best Evidence Structural Interventions for HIV Prevention reports on successful HIV prevention initiatives from across the globe, representing countries in Europe, Asia, Africa, and the Americas at diverse stages of the epidemic. Spotlighting major worldwide objectives--decreasing risks in IV drug use, commercial sex work, and non-commercial sexual activity and promoting HIV screening, voluntary counseling and testing (VCT), and antiretroviral therapy--these rigorously evaluated interventions are analyzed at individual and community levels. Chapters discuss issues regarding availability and accessibility of resources and populations' receptivity to change. And the authors examine related ethical challenges, including whether interventions should also target larger problems fueling the epidemic such as poverty and inequality. Among the programs featured:

These life-saving initiatives are worthy of wider recognition, making Best Evidence Structural Interventions for HIV Prevention a superior reference for graduate students and researchers in public health, HIV/AIDS prevention, and health policy. Policymakers and planners will also find these ideas of great importance.