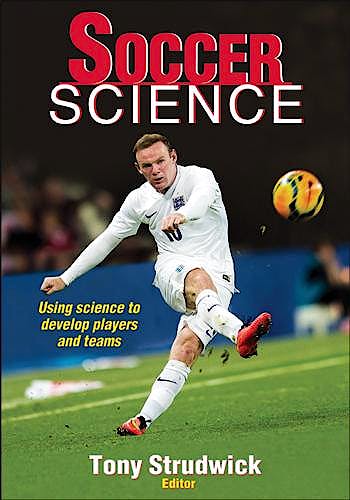 Through the years a wealth of information has been accumulated in soccer. Experiential and science-based knowledge abounds in the sport. Yet the scientific information has not been sufficiently disseminated to those who would benefit most from it.

Soccer Science fills the void with the best and most up-to-date research in the sport.

With editor Tony Strudwick and a who’s-who list of international experts on the sport, Soccer Science offers you an unprecedented wealth of advanced yet accessible information on biomechanics, physiology, psychology, skill acquisition and coaching, tactical approaches and performance and match analysis. It is simply the most significant and comprehensive published work on the sport.

References
Index
About the Editor
About the Contributors

Recruited by Sir Alex Ferguson, Strudwick developed a research branch of the scientific support strategy intended to further the science department at Manchester United. He helped to shape a state-of-the-art sport science laboratory at the AON Training Complex.

Since 2006, Strudwick has been part of a FIFA Club World Cup championship along with Premiership, UEFA Champions League, Carling Cup, and Charity Shield winning teams. He was selected as part of the backroom team of the English F.A. to support the England national team at the 2014 FIFA World Cup. He has an extensive background in player development structures from elite youth to senior level in both England and the United States. He has completed consultancy work with Nike, Red Bull, Google, AON, and GlaxoSmithKline.

Strudwick completed his post-graduate doctoral thesis at Liverpool John Moores University in 2006. In addition, he has a comprehensive background in teaching and lecturing at the graduate level, such as being an F.A. staff teacher for the F.A. Fitness Trainer’s course, while also earning a UEFA pro licence, an A licence, and a Youth Coaches Award. Strudwick has held positions with Blackburn Rovers F.C., West Ham United F.C., English F.A., Coventry City F.C., and United Soccer Academy.