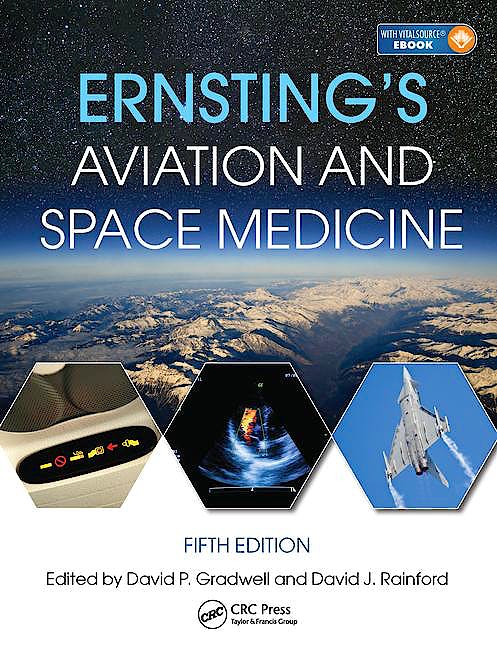 Ernsting's Aviation and Space Medicine applies current understanding in medicine, physiology and the behavioural sciences to the medical challenges and stresses that are faced by both civil and military aircrew, and their passengers, on a daily basis.

The fifth edition of this established textbook has been revised and updated by a multi-disciplinary team of experienced contributors, and includes new chapters on space physiology and medicine, passenger safety, rotary wing operation by land and sea, and UAVs. It remains the recommended textbook for those studying for the Diploma in Aviation Medicine of the Faculty of Occupational Medicine of the Royal College of Physicians, recognized worldwide as a standard in the field, and for similar overseas qualifications.

Ernsting's Aviation and Space Medicine remains an essential companion for all civil and military aviation medicine practitioners, both when preparing for professional examinations and in daily practice, and for those in the many disciplines of the behavioural and life sciences that include some study of aviation, its physiology and related issues. It is also recommended reading for those with a wider interest in the medical problems of professional or recreational flying, air transport and the aviation industry.